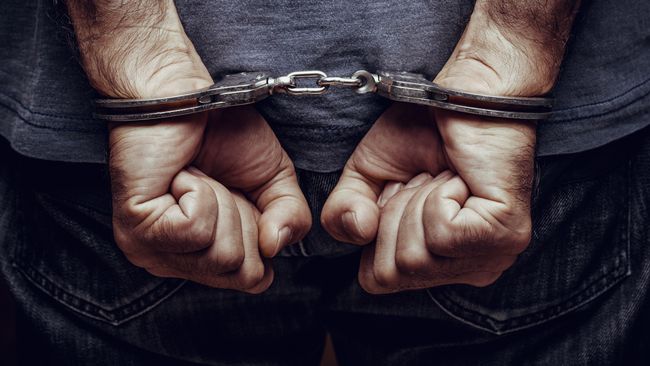 Jakarta, CNN Indonesia – Nir alias Rambo, a resident of Ujong Padang Village, Kuala Subdistrict, Nagan Raya District, Aceh, was arrested and investigated by agents of Kuala Sector Police (Polsek) after his video challenged a number of masked people who had the # 2019 Declaration of residence in Aceh wanted to violate, circulate on social media.

The police, via the head of Public Relations of the regional police of Aceh, z. Comr. Misbahul Munauwar, when contact was recorded CNNIndonesia.com can not comment extensively on the arrest and investigation of Rambo.

Volunteer coordinator # 2019 Change the regional president of Aceh, Fazil Haitamy tells the chronology when Rambo is picked up by the police on Saturday night (1/9).

At that time, policemen came in civilian clothes and without carrying a warrant to Rambo's house. The police, Fazil said, was accompanied by the village chief when he came to Rambo's house.

"After sunset, a number of policemen with unofficial clothes came to the village where Nir alias Rambo lived, after Maghrib around eight o'clock in the evening," Fazil said when he contacted CNNIndonesia.com,

Rambo was then taken to the police station of Kuala, Nagan Raya District. There Rambo was asked about the video he made. The police member asked Rambo to clarify his words and called on Rambo to apologize via video images.

Fazil said, Rambo refused a request from the police to apologize via video because the apology from Rambo had been prepared by the police.

"The police asked Rambo to make a clarifying video, he even conceptualized the sentence with an apology," he said.

According to Fazil, the police finally released Rambo on Saturday (1/9) at around ten o'clock in the afternoon after interrogation.

Although he has been released, Fazil said, Rambo was still worried about the incident so far.

According to Fazil, the video of Wednesday (5/8) of Rambo did not refer to specific parties. The video is a response to the distribution of a video of a group of masked people who are threatening to disrupt the # 2019 Declaration of Representatives in Aceh.

"We judge sentences that there are no violations of the law because they are aimed at the masked crowd. (Rambo) challenges masked people to open masks and dares not to violate the # 2019 statement of the president in Aceh, "said Fazil.