Reportedly, 3 Sacks of Sabu, members of the Local Legislative Assembly (DPRD) has been appointed by BNN 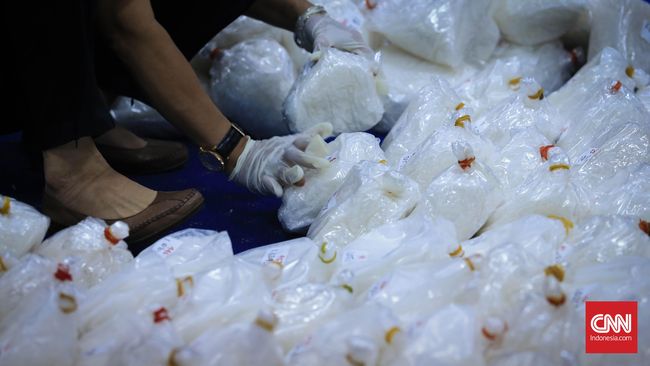 DPRD members of the NasDem party would have hundreds of kilograms of methamphetamine. He was arrested on Sunday (8/19) at the port of Pangkalan Susu in Langkat.

"The sabu we received from the arrest at Pangkalan Susu belongs to a member of the Langkat DPRD on behalf of Ibrahim Hasan," said Deputy for Eradication of BNN Inspector General Arman Depari in a written statement on Monday (8/20).

He explained that the disclosure of this case began when a joint team of BNN and the Navy secured the wooden boat in the waters of the Strait of Malacca.

Arman said that his party also arrested five other figures who were colleagues Ibrahim, namely Rinaldi, Ibrahim Jompak, A. Rahman, Joko and Amat.

According to him, all suspects are still being investigated at the provincial BNN office in North Sumatra and the detention will take place soon.

"Further development will be carried out by the North Sumatra Provincial BNN," he said.

The police general with two stars added that he also found six ecstasy drugs in three bags of methamphetamine.

According to him, the estimated ecstasy of 30 thousand ecstasy is of very good quality. (Agi)