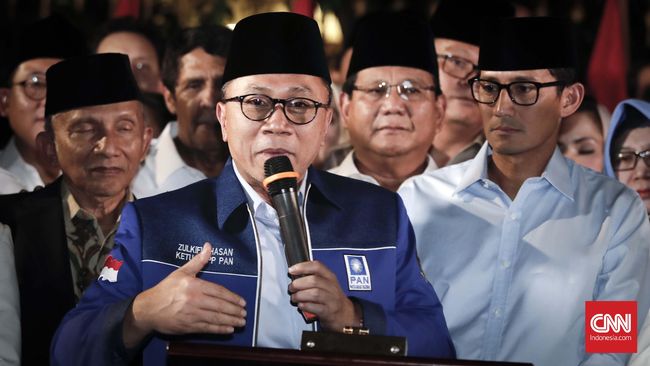 Jakarta, CNN Indonesia – disagreement between the President of the Republic of Indonesia MPR Zulkifli Hasan (Zulhas) with the Minister of Finance Sri Mulyani Indrawati remains. This time, Zulhas answered Sri Mulyani's accusation of her opinion on the political debt of the government.

"This MPR / DPR political institution is not a social institution, so it speaks politically (indeed) about its place", said the man Zulhas is known in the parliamentary complex Senayan, Central Jakarta, Monday (8/20).

Zulhas then said that Sri Mulyani himself, who stated that the government's expiring debt in 2019 of Rp409 trillion would be heavier. Sri Mulyani also said that the debt would be greater if the rupiah continued to weaken against the US dollar.

He also criticized various parties, such as Rizal Ramli for the execution of Sri Mulyani. The government is considered less innovative in debt management, so it seems overwhelming when it comes to maturity.

"How is it that it is only now said that it is difficult to pay debts, where did you go yesterday?" added Zulhas quoted Rizal Ramli.

Zulhas also criticized Sri Mulyani's statement, which seemed to blame the previous government for the debt that would be due next year. According to him, it is now the duty of the government to solve it.

Zulhas & # 39; s comments are his defense of criticisms thrown by Sri Mulyani. In the MPR Annual Session speech on 16 August 2018, Zulhas stated that the amount of the principal sum of the government debt in 2019 was Rp 400 trillion, seven times more than village money and six times more than the health budget. He also considered the quantity unnatural.

Sri Mulyani said that the PAN Chairman's statement was politically charged and misleading. He revealed that 44 percent of the principal debt repayments in 2018 for a total of Rp396 trillion debts were in the period before 2015.

"The debt principle of 2018 is calculated from the end of December 2017, 44 percent of the total comes from debts before 2015 (before President Jokowi). The current chairman of the People & # 39; s Consultative Assembly (MPR) is currently participating out of the cabinet, "said Sri Mulyani in a statement officially on his Facebook page, Monday (8/20). (agi / agi)