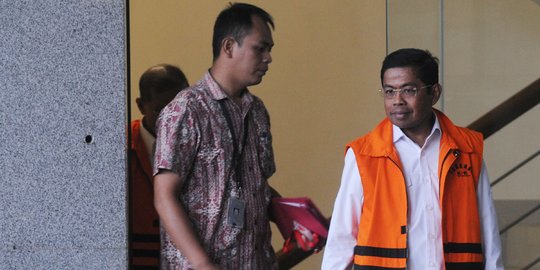 Merdeka.com – Eradication Commission Investigator corruption (KPK) planned Melchias Marcus Mekeng & # 39; s research into the alleged bribery cast of PLTU Riau-1. The politician of the Golkar party will be questioned to fill in the investigation file for the former Secretary General of Golkar Idrus Marham.

"The person involved (Melchias Mekeng) will be examined as a witness for the suspect IM (Idrus Marham)," KPK spokesperson Febri Diansyah said on confirmation on Wednesday (19/9).

Besides Mekeng Melchias, KPK researchers also called on the special staff of the DPR Tahta Maharaya. Similar to Melchias Mekeng, the throne will also be examined as a witness for the suspect Idrus Marham.

In this case, the KPK established three suspects, namely the Vice-President of the Committee of the House of Representatives VII Eni Maulani Saragih, the boss of Blackgold Natural Resources Limited, Johannes B Kotjo, and former social minister Idrus Marham.

Eni and Idrus would have jointly received a gift or promise from Kotjo to smooth Blackgold to work on the USD 900 million project.