Surrounded by smoke, schools in Pontianak and Kubu Raya are closed | JawaPos.com 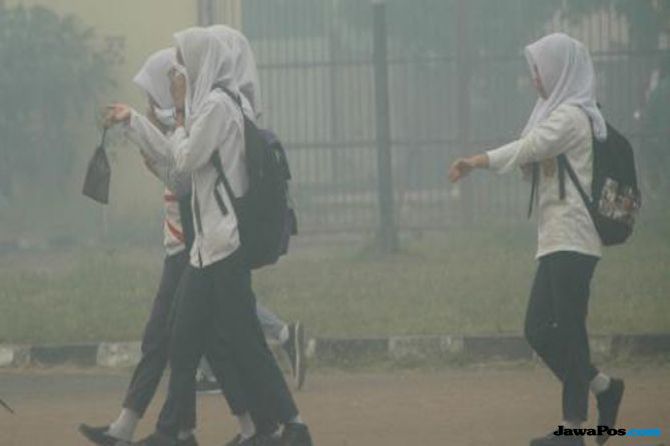 JawaPos.com – Province of West Kalimantan was again surrounded by smoke due to forest fires. Due to poor air quality a number of schools in Pontianak City and Kubu Raya Regency have been closed.

In a circular from the head of the Education and Culture Department of West Kalimantan province on 16 August 2018, schools ranging from vocational education, higher secondary schools and PKLK were the public / private equivalent in both regions. Monday from Monday (8/20) with holidays.

"Reinstated as usual on August 23, 2018," read a letter signed by the Young Main coach of the head of West Kalimantan, Siprian Herman.

While for areas outside the city of Pontianak and Kabupaten Kubu Raya who were unaffected by the nebula, was asked to continue the learning and learning process as usual.

Not only the upper secondary school, the elected governor of West Kalimantan Sutarmidji also closed kindergartens for primary schools.

"Assalamualaikum wr wb, in connection with the air condition in Pontianak City is very bad, so I give the assignment to PAUD schoolchildren, kindergarten, primary school to 26, enter 27 August and go for junior high school 24 August in. the man who was known as Bang Midji was on his personal Twitter account on Sunday (8/19).

The area of ​​West Kalimantan was again surrounded by haze of forest and land fires (karhutla). Hundreds of hotspots have been detected.

"There are many (hotspots) .Hundreds exist, but we have given less and less sanctions, the community also seems to be scared," said the Western Kalimantan main brigadier of the Western police, Sri Handayani, when he was on Sunday. 19) contacted JawaPos.com. 19659009] (DNA / JPC)