Susi said about the sinking of the ship 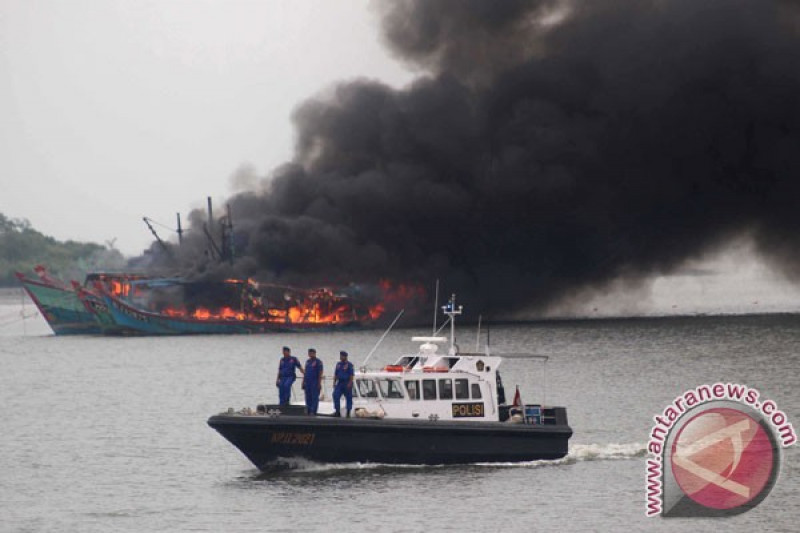 Jakarta (ANTARA News) – Susi Pudjiastuti, Minister for Maritime Affairs and Fisheries, stated that the sinking of illegal fishing vessels is usually based on the decision of the court or permanent legal force.

"The sinking of the ship was based on a legally binding force (res judicata) for 116 ships and on the basis of court rulings for nine ships," Minister Susi said in a written statement that was received in Jakarta on Wednesday.

As is known, the government, through the Ministry of Maritime Affairs and Fisheries (KKP) together with Task Force, has fired 115 125 ships that simultaneously carry out illegal fishing at 11 locations in Indonesia.

Sinking in the context of the independence day was directly led by the Minister of Maritime Affairs and Fisheries as the Task Force commander to eradicate illegal fishing (Task Force 115) in Bitung, North Sulawesi, Monday (8/20) .

On the basis of the PPP data, most sinking ships are foreign-flagged fishing vessels with a total of 120 ships.

Whereas according to the origin of the flag the ship that had sunk consisted of Vietnam with a total of 86 ships, Malaysia with 20 ships, the Philippines with 14 ships and Indonesia with 5 ships.

Moreover, the city of Bitung was chosen by minister Susi as a sinking command center for various reasons. Among them are the territorial waters of North Sulawesi one of the red areas of "illegal fishing" because it has become a catchment area for fish thieves from different countries to win rich fish stocks, especially tuna and skipjack.

Then, he continued, there are still many foreign-flagged and Indonesian-flagged fishing boats that have been arrested for illegal fishing in the northern Sulawesi waters, so that the safety of the North Sulawesi waters of foreign vessels entering Indonesia is still a big challenge for the government.

The sinking order in Bitung is expected to increase the motivation of law enforcement officials, including the Indonesian Navy, the Indonesian National Police, the KKP SDKP supervisor and Bakamla to improve the security of the Republic of Indonesia's sovereignty.