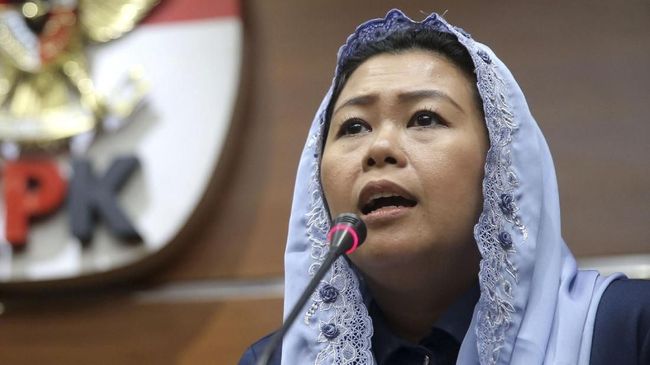 Jakarta, CNN Indonesia – Daughter of the fourth President of Indonesia, Abdurrahman Wahid, alias Gus Dur Yenny Wahid, asked the public not to slander the government constantly because it was charged with trying to save the economy improve. umara [pemerintah] we, our leaders, are easy to say because we think dizzy about the fate of the people, "he said while giving a lecture at the Jami Nurul Islam mosque, Koja, Central Jakarta, Sunday (8/19).

He also reminded President Joko Widodo of homework about the increasing economic inequality. "

" Umara [Pemerintah] the challenge is even greater, though, because there is a yawning gap between the rich and the poor, "Yenny said.

" This task umara resolved the rich did not become richer, the poor became more needy, "he added.

Yenny, who is also director of the Wahid Institute, also reminded the government to keep the nature of life in mind, namely seeking glory.

He gave the example of the late Gus Dur figure, a noble leader, he said, will fight for the people and be loved are with the people.

He continued: "We pray that he, the one who is the leader of this land, can receive God's guidance so that he can find a solution so that people are more prosperous."

Earlier, in the State Speech at the MPR / DPR building, Thursday (16/8), Jokowi said that the government had somewhat improved the problem of economic inequality with a number of steps.

Among other things, provide guarantees for social protection through the stability of the price of basic goods; distribution of social assistance (social assistance), for example in the form of Family Hope Program (PKH)-aid to 10 million families.

In addition, the government also reformed the food aid system into a non-cash assistance program and increased coverage to 15,6 million beneficiaries.

"With real work, we continue to lower the Gini ratio as an indicator of income inequality, which has now dropped from 0.406 to 0.389," he said.

It is known that this ratio is a measure of economic inequality on a scale of 0-1. The closer to 1, the greater the gap between rich and poor, and vice versa.