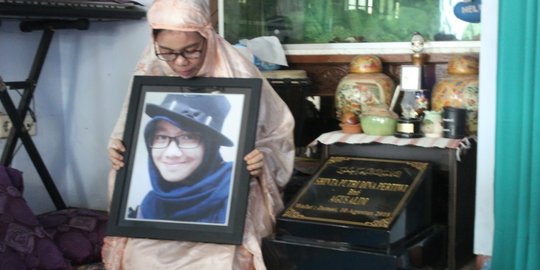 Merdeka.com – Shinta & # 39; s daughter Putri Dina Pertiwi (26), an Indonesian student murdered in Germany, is scheduled to arrive Jakarta, Thursday, August 23, 2018. The information is based on a letter from the Ministry of Foreign Affairs (Kemenlu) that the family has received.

"Officials from the Indonesian Consulate General in Frankfurt will accompany the repatriation of the bodies to Jakarta, while the Ministry of Foreign Affairs will assist in the settlement of the arrival of the body of the deceased at Soekarno-Hatta Airport and the assistance to unhappy, East Java, "said the sixth point of the letter.

The letter was signed by Fajar Nuradi, on August 21, 2018, as the director of protection of Indonesian citizens and BHI.

Earlier, Ummi Shalamah, Shinta's parents admitted that she also had no certainty about the return of her daughter's body. He claimed that he received no satisfactory information and was always respected.

Finally, Ummi had written an open letter to President Joko Widodo in which he asked for his daughter's body to be returned to Indonesia quickly. The letter was published on Monday, August 21, 2018. [fik]