The SCCN site for CPNS recruitment is not accessible, this is stated by BKN

KOMPAS.com – Ministry of Administrative Reform and Bureaucratic Reform (Kemenpan RB) announces the recruitment of 2018 civil servants whether the CPNS will be held today, Wednesday (19/09/2018).

This CPNS registration will be integrated via the national portal sscn.bkn.go.id. There is therefore no registration via an independent portal by an agency.

Kompas.com try to open the sscn website. bkn.go.id this morning, but the SSCN portal is not yet accessible.

The SSCN portal is currently not accessible until the official announcement by the government about the acceptance of CPNS 2018.

More information can be found on the BKN portal (State Personnel Agency), www.bkn.go.id. Kompas.com confirm that the SSCN portal has not been opened by the head of the BKN Public Relations Office, Mohammad Ridwan.

Ridwan said the SSCN portal was inaccessible because there were still agencies that were not ready to make an announcement.

"There are still a lot of desks that are not ready for the announcement, try it later this afternoon," Ridwan said when he contacted Kompas.com, Wednesday (09/19/2018) morning.

He added that there was no delay regarding the opening of this CPNS.

"Not postponed Yes, hopefully (accessible later this afternoon) The goal is today go live for announcement of formations and requirements, "Ridwan said.

As is known, future CPNS applicants will first have to create an SSCN account before they can participate in the testing process.

The government has announced that 238,015 formations have been divided into central and regional institutions.

Official information about CPNS 2018 is accessible via the official website or via social media BKN or Kemenpan RB. 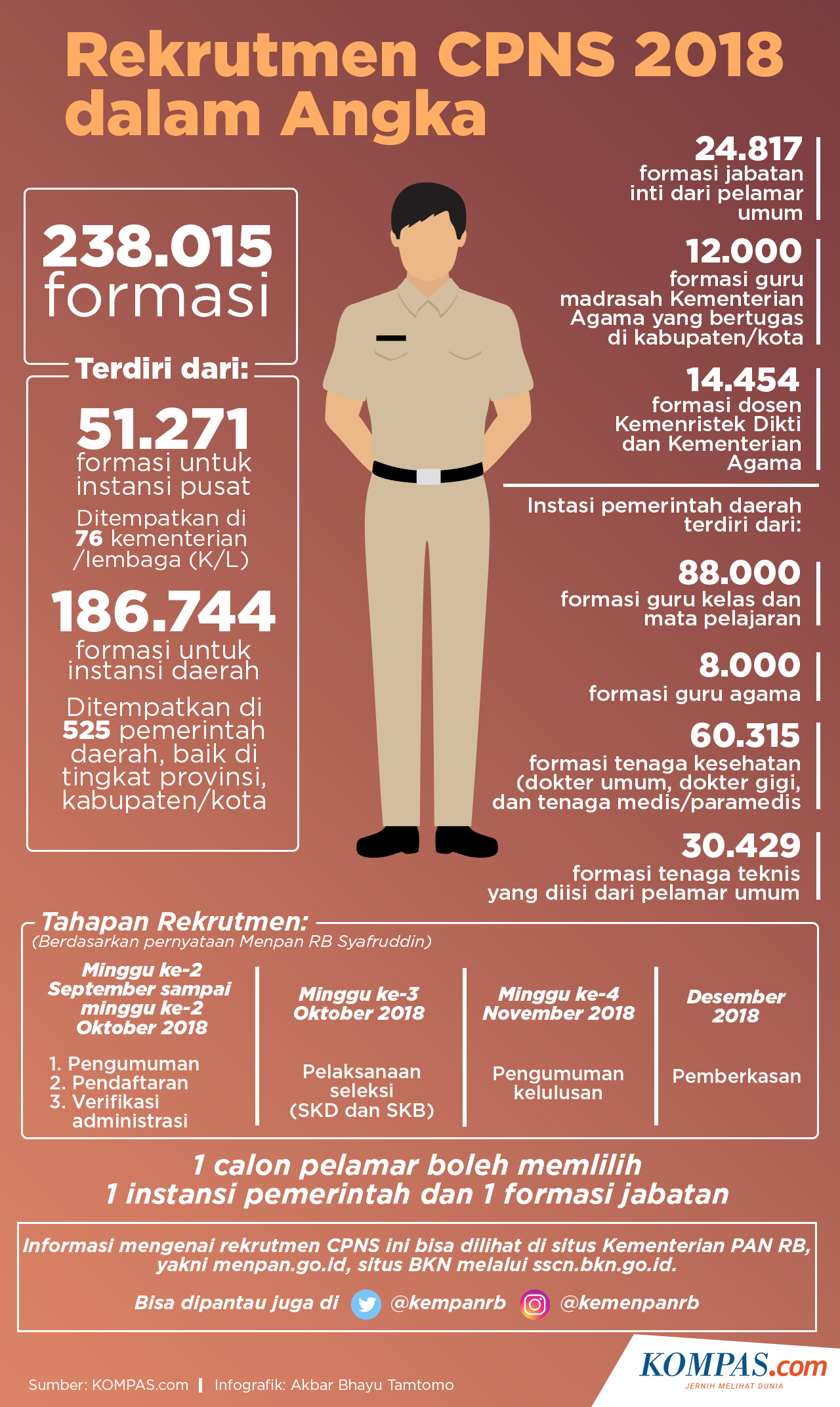