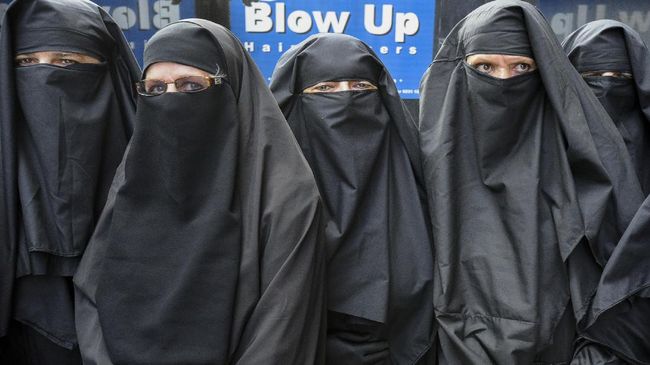 Probolinggo, CNN Indonesia – Instead of putting the school under pressure, the Minister of Education and Culture (Mendikbud) provided Muhadjir Effendy Rp. 25 million in aid to the Kartika Jaya V-69 Foundation, which carried a parade of kindergarten students with black veils and preserved replicas of weapons. ,

Muhadjir hoped that the aid would be well used, especially for underprivileged children.

"We have provided assistance in the form of an amount of Rp 25 million for TK V-69, so that it could be used for school purposes, especially for underprivileged children," he said during a visit to TK Kartika V-69 in Probolinggo, East Java, on Sunday afternoon 19/08).

As far as the march itself is concerned, Muhadjir also saw that there were no major problems. For him, the content of the march was still good because of the theme of the struggle of Muslims in the independence of Indonesia.

Based on the school's statement, the building used by children in the carnival was an old building. Moreover, it is not the intention of the school to lead their students to the teachings of radicalism.

"It is only a coincidence and the impact does not come," said Minister of Education and Culture, quoted from between .

"If it is not time to enter the property, it should be carefully considered," he added.

Muhadjir also called upon all educational circles to remain aware of the teachings of radicalism in schools.

In the same place, chairman of the foundation Kartika Jaya V-69, Yuliana Tungga Dewi apologized for the lack of communication with the school, so that something like that happened.

"Especially our apologies for this incident, we will be more cautious and improve in the future, we are also very grateful to the Minister of Education and Culture for the financial assistance provided, we will use the funds as well as possible", he said, the woman is from the Dandim 0820,

Previously Kartika paraded kindergarten students with a black long shirt or a niqab fitted with a veil and a replica of a firearm, Saturday (8/18) & # 39; s in the morning.

Warganet or netizens were busy to comment on it and link it to terrorism.