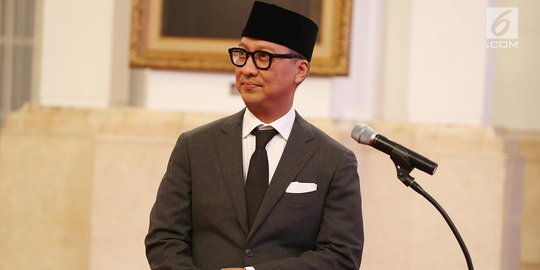 Merdeka.com – The day after the inauguration of President Joko Widodo as Minister of Social Affairs, Agus Gumiwang took Kartasasmita to the province of West Nusa Tenggara (NTB). Agus followed and continued the process of social rehabilitation and social protection after the emergency earthquake period ended, Saturday night (25/8).

During this visit, the Minister for Social Affairs handed out the third phase of assistance to earthquake victims in the form of cookware, grief for two PMI volunteers who died and basic needs of Rp. 3.5 billion.

"Tonight I came for two things: first listening to the extent to which the emergency response process was carried out and how the challenges were faced. Secondly, I had to see firsthand the state of the people in the refugee camps. Although their needs were met ", said the minister as independent. com from the description on Jakarta, Sunday (8/26).

In the meantime, the Ministry of Social Affairs, through the Integrated Handling Team in the context of Sustainable Social Protection, has combed victims of the earthquake who receive social assistance from the Family Hope (PKH) program, Non-Cash Food Aid (BPNT) and Prosperous Rice Food. Assistance (Rastra).

"Many social service recipients who lost their Prosperous Family Cards (KKS), savings books and homes were badly damaged and could not be reoccupied, which is why we worked with Bank Rakyat Indonesia (BRI) to recover lost or damaged victims of the earthquake. gradually, the third phase of PKH social assistance was paid out at various points, "explained Agus.

The Minister of Social Affairs said that shortly after his swearing in, President Joko Widodo immediately ordered NTB to look at the developments related to disaster management.

"The emergency response period is over today (Saturday, red), so we are entering the phase of the emergency transition, but that does not mean that the role of the Ministry of Social Affairs is over: the President has given a presidential instruction and every ministry and every institution has its respective responsibilities, "he said.

In Inpres, the Ministry of Social Affairs has the task of offering social rehabilitation and social protection to the people in the districts / cities and affected areas.

He said the LDP was performed by 59 officers in 10 LDP posts and mobile services to reach people in difficult or remote areas. The LDP team is trained staff with special skills that support the psychosocial development of disaster victims.

LDP is a basic social service for victims of disasters who are confronted with disruption in order to get out of the trauma problem and to live naturally as usual.

The Ministry of Social Affairs has activated the Social Rehabilitation Secretariat of the earthquake victims especially for LDP children of earthquake victims. This location is located in the Paramita Social Institution on TGH Saleh Hambali Street number 339 Labuapi District, West Lombok Regency. Here the team offers short training sessions and debriefing to volunteers who will carry out social rehabilitation of children of victims of the earthquake.

"The Ministry of Social Team has also set up a service point by coordinating with other institutions providing services, some went to North Lombok and West Lombok to comb the children who were not reached by psychosocial support services," he said.

Since the first earthquake struck NTB on 30 July 2018, the LDP team has reached 30 points with a range of 1,000 to 1,500 children per day. The task of the team is to combine the impact of the earthquake on children, especially with regard to the psychosocial impact. The team has also set up Children & # 39; s Cheerful Lodges in a number of evacuation posts.

"The hope is that by activating the joint secretariat, planning different institutions for observing children and the Ministry of Social Affairs, sharing the area maps so that children can be served and identify the problems that arise during the evacuation and their impact on children, "he said, adding 29 institutions and organizations that now helps.

The minister insists that if there is a problem with the child or if there is a point in the area where the children have not been reached by the LDP, they can call (021) 150071. [bal]