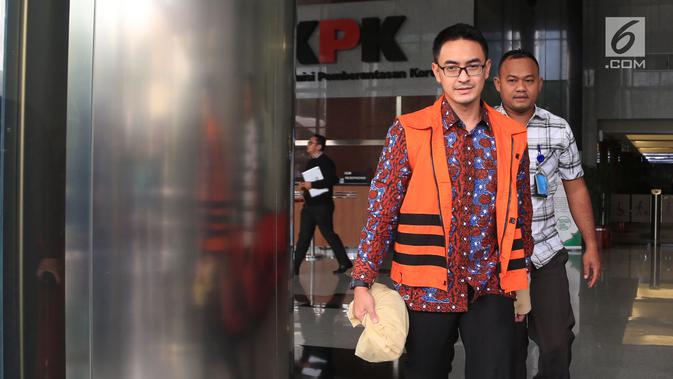 Liputan6.com, Jakarta – The inactive governor of Jambi Zumi Zola undergoes his inaugural hearing in the Corruption Court, Central Jakarta, today Thursday (23-08-2018). He will listen to the prosecution of the public prosecutor.

"The first session was Thursday, August 23, 2018. The panel chief of judges, Yanto," said a spokesperson for the Corruption Court, Sunarso on Tuesday, August 21, 2018.

He said there were five judges for the Zumi Zola trial. In addition to Judge Yanto, four other judges were Frangki Tambuwun, Syaifuddin Zuhri, Anwar and Titi Sansiwi.

In the case of receiving satisfaction, Zumi Zola was named as a suspect together with the former Acting Kadis PUPR Jambi Arfan. Determining the suspect against both is the development of the bribery case of the Hammer Hammer RAPBD Jambi Province 2018.

In the case of bribery, this hammer hit the KPK to appoint Arfan, a member of the Jambi DPRD Supriyono, Jambi Provincial Secretary Erwan Malik, and Jambi Regional Assistant II Syaifuddin as suspects.

The four people were convicted at the Jambi Corruption Court. Arfan, Erwan and Syaifudin appealed the sentence, while Supriyono received the verdict pronounced by the panel of judges.