Why you should watch this new documentary about the great famine

ireland November 30, 2020 ireland Comments Off on Why you should watch this new documentary about the great famine 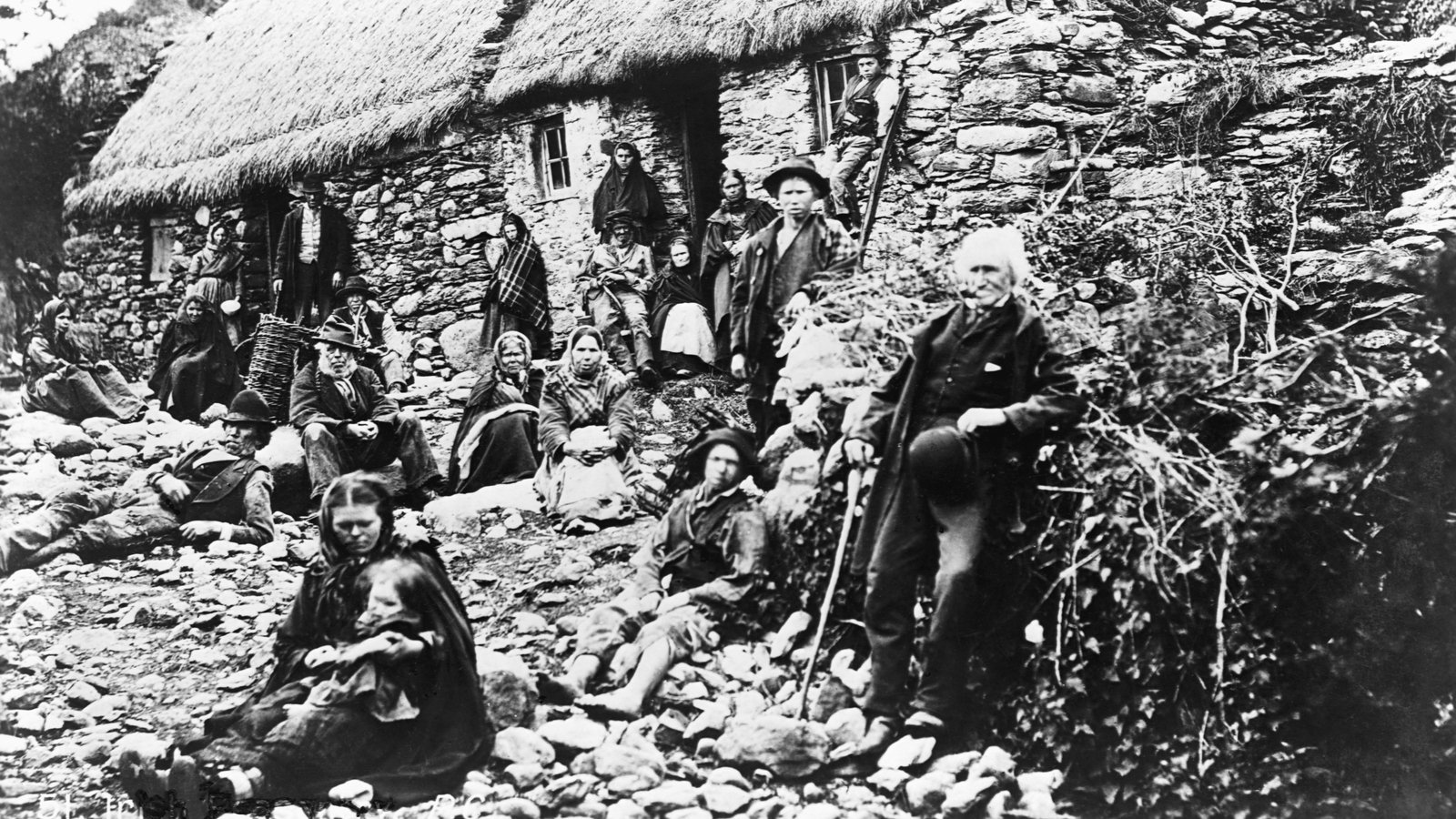 Opinion: The Hunger: The Story of the Irish Famine is a timely reminder of the event’s central place in Irish history

This year marks the 175th anniversary of the Great Irish Famine (1845-1852), which resulted in the deaths of more than a million people and the spread of a million and a quarter around the world. It was a massive humanitarian disaster with tragic consequences, especially for those classes at the bottom of the social ladder: the cottiers and landless workers whose families depended almost entirely on the potato for their survival.

While the famine had an impact on the entire island, the famine was especially devastating for those provinces in the west and south of the country. One of the strengths of the Atlas of the Great Irish Famine (Cork University Press, 2012), that informs The Hunger: The Story of the Irish Famine documentary was the fact that it exposed the local, regional, national and international dimensions of the famine story. Such as Cormac Ó Gráda et al point out that “famines are regional crises that can only be understood through the local narrative”.

By bringing these regional and local contexts to the fore, the atlas enabled readers and scientists to view the Famine in all its social complexity. It revealed a society and its customs imploding, as was the case in Attymass in County Mayo, when hunger and disease took their deadly toll.

The new documentary recalls not only the central place of the event in Irish history, but also its place in the history of North America, Australia and Great Britain. It is also a timely reminder of the Famine’s relative proximity to current generations. When speaking to UCC students among the ruins of Bahaghs workhouse located outside of Cahersiveen, Co. Kerry, I’m referring to events only five or six generations away. And it is the nature of the events themselves and their proximity to time that immediately strikes a chord.

This documentary is also suitable because it documents ongoing research into the famine. This offers new perspectives that both deepen our understanding of the event and raise important questions about the nature and structure of Irish society during the famine years, not all of which can be answered properly.

In RTÉ Radio 1’s Blighted Nation, Myles Dungan explores how the Great Famine swept through Ireland in the mid-19th century and changed the country forever.

Famines are ultimately about failure. The potato failure affected parts of Europe, but nowhere were the consequences more devastating than in Ireland. Why? The documentary examines the various national and international contexts in which the crisis has unfolded, in particular the role of successive British governments – Tory and Liberal – in responding to the crisis in Ireland, emergency policies pursued and the political ideology and religious beliefs the response. and the implications of this policy.

It is important to note that there were also voices within the British establishment condemning the nature of the response and what they saw as their government’s mismanagement of Irish affairs. However, the nature of Irish society was also complex, and the crisis affected men, women and children in different ways, while the experiences of landlords, land agents, large farmers, smallholders, shopkeepers and merchants also varied. The millions of cottiers and workers and their families who do not have access to money to buy food suffered most from death. Those with resources managed to escape the horrors as best they could in order to forge new lives for themselves on foreign shores and in often hostile environments.

From RTÉ 2fm’s Dave Fanning Show, UCC’s John Borgonovo on why a Native American tribe comes to the rescue of Ireland during the Great Famine

Famines also bring out the very best and the very worst in human nature. Great acts of charity, kindness, and unselfishness by social workers and members of the clergy of various denominations, for example, were often overshadowed by more instances of lack of compassion from those in positions of authority. There was also abundant evidence of neglect, ignorance and indifference to the extent of human suffering. Even among neighbors, the will to survive can overshadow all other loyalty and desperate acts committed to ensure one’s survival.

Television as a medium requires, in a sense, an overarching story, one that always cleans up the messiness of history. However, the maps used in the documentary provide a counterpoint to this often neat presentation of events and undermine the idea that all Irish are descendants of those men, women and children who suffered and died in the famine. To use a phrase coined by Catriona Crowe in connection with research into the revolutionary period in Ireland, such maps, in a sense, “complicate the story.”

We need your consent to load this YouTube contentWe use YouTube to manage additional content that cookies may place on your device and to collect data about your activity. Check their details and accept them to load the content.Manage preferences

UCC’s John Crowley previews The Hunger: The Story of the Irish Famine documentary

The documentary ultimately seeks a balance between information, insight and feeling. As the artist John Behan points out, “death is impersonal when it occurs in such large numbers – it is important to find the human signature.” Alongside the absolute numbers are individual stories, such as those of the young boys found dead along the road in the parish of Attymass, County Mayo. It is in such reports that the real horrors of famine emerge. It is important to understand and remember what happened on such roadsides.

The Hunger: The Story of the Irish Famine will air on RTÉ One on November 30 and December 7 at 9:35 PM. Read more about The Great Famine on RTÉ History