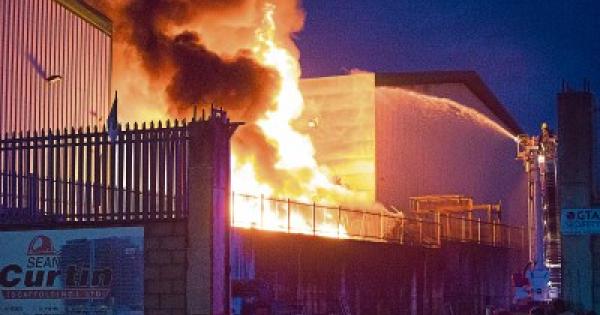 A COUNCIL advises the municipality of Limerick and the County Council to suspend the permit for the recycling plant that suffered a large industrial fire on Monday evening.

Sinn Fein councilor Malachy McCreesh said the license should be suspended until a probe is performed in "the reason for the fires and the health risk for the local community".

On Monday evening, firefighters were warned for scenes at Urban Metals on Ballysimon Road, where a large scrapfire arose.

Twelve units from Limerick City, Cappamore, Rathkeale, Kilmallock and Shannon were sent to the scene and finished at 6.30 am.

This is the second industrial fire in the area in recent months.

Cllr McCreesh, who serves the Limerick City West region, says the fires on Ballysimon Road "highlight the dangers for the general public" when they occur.

"There is a significant volume of hazardous waste on these sites and fire is the worst scenario imaginable, and the pollution that is emitted must be life-threatening in the long term." The fire service's advice to people who live near the fire to closing doors and windows as a precautionary measure in the area of ​​health and safety, shows how inadequate the procedures are to deal with the effects of hazardous pollution, "he said in a statement Tuesday. afternoon.

He added that there should be more independent monitoring and inspections of this type of waste facility.

"Allowing hazardous materials to be processed within the boundaries of populated areas will continue to pose health risks.

"Presenting a list of licensing conditions is not enough to ensure that the process will be carried out in the interests of health and safety, and for the most part all monitoring and reporting is carried out by staff employed by the facility. , with limited inspection by LCCC or the EPA Although we advocate stronger independent inspections and monitoring, the only solution that will reduce the health risk for the communities is the prevention of this industrial activity in the built-up area.

Gardai investigates the fire as a matter of procedure.