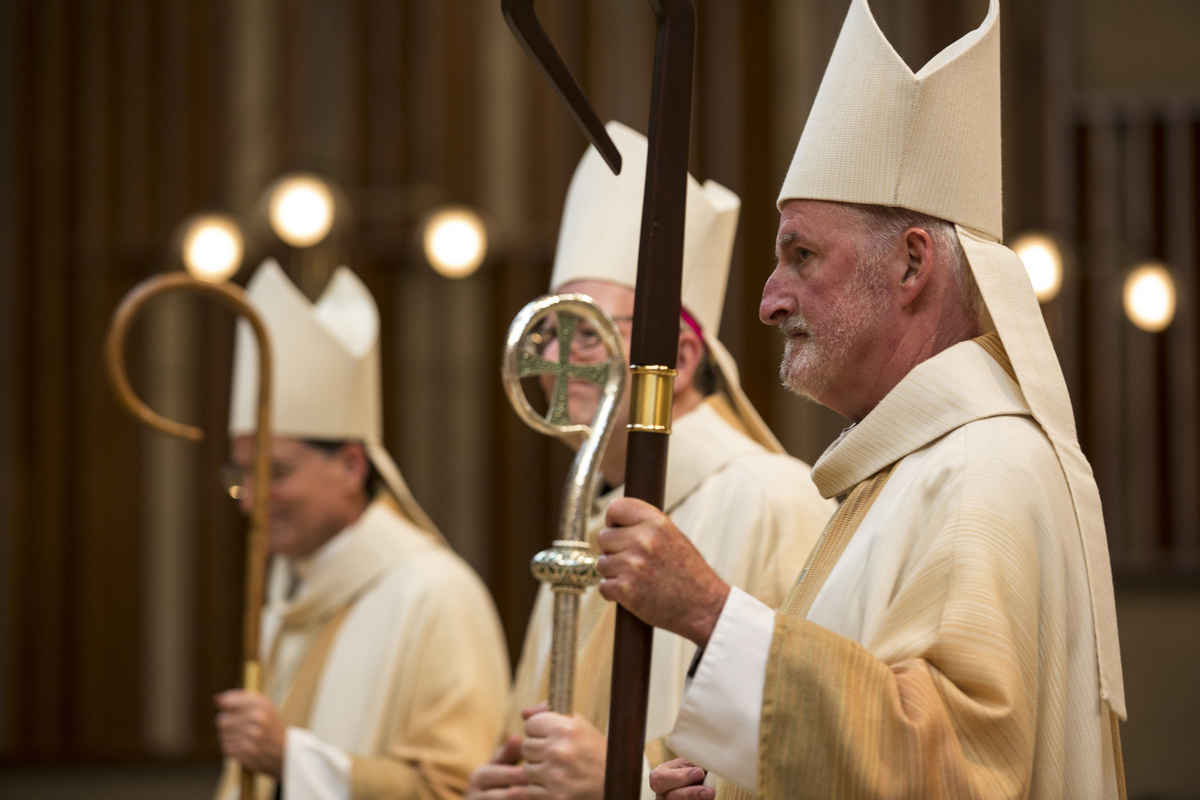 Ireland-based Bishop David O'Connell, Assistant to Los Angeles, believes that Pope Francis's visit to the Emerald Green Island on August 25-26 will be cast a "shadow" by a growing number of scandals about sexual abuse around the world.

Partly for this reason, the Pope can face "an impossible task", he said Southern Crosson Sunday.

The bishop is currently in Ireland after he, on his pilgrimage through Ireland, has led about 45 people from his archdiocese who were only a few days before the start of the Vatican-sponsored World Summit of the family.

"I even heard some people say it might not be the right time to bring the pope to Ireland," said O'Connell. "And I feel very bad for him because he wants to come and confirm the devotion of the church to the poor and the marginalized, showing the compassion of Jesus Christ, to show the heart of Jesus to the people."

According to the prelate, a reminder of Jesus' sympathy is what the world needs most now, but "everyone wants him to come and talk about the terrible suffering and it has been terrible." And it has to come out, and hopefully it will lead to some cure and to the possibility of new life. "

Connell left Ireland in 1978 for Los Angeles, but returned a year later, shortly after his ordination, and had the opportunity to meet Pope John Paul II during his visit to the Maynooth national seminary in 1979.

Crux: For some observers it is Ireland that visited John Paul II and what Francis visits is very different. Do you think that's true?

O & # 39; Connell: Yes, very true. It has been a dramatic change. When Pope John Paul II came, the whole spirit of the land was lifted. He expressed his personal love for the Irish people: "People of Ireland, I love you", and then they sang "John Paul II, we love you."

It was a good thing, half of the country went to John Paul II, with two million people on the street.

We thought that this would be a revival of the Catholic Church in Ireland, which we needed even at that time. Although faith and practice were very strong, my generation, among many of my peers, turned away from the Catholic faith in the seventies. We were hoping for a revival and we thought that would happen.

But then there was of course a scandal and confidence broke, and now we have stories for a whole generation. Anyone who did not want to go to church anymore had a reason to say: & # 39; I'm done with it. It is all hypocrisy, there is too much child abuse, abuse of people. & # 39;

It is rather frightening how the culture has changed.

In the countdown to this papal visit, it is difficult to talk about anything other than sexual abuse, with so much news from McCarrick to Chile and the Great Jury of Pennsylvania, and even here in Ireland. Do you think that casts a shadow over the Pope's journey?

It will certainly cast a shadow over the journey, but on the other hand he has an impossible task. I even heard some people say that perhaps it was not the right time to bring the pope to Ireland. And I feel very bad for him, because he wants to come and reaffirm the devotion of the Church to the poor and the marginalized, shows the compassion of Jesus Christ, to show the heart of Jesus to the people, like being life. That is what he prefers, especially, and that is the most important thing.

But no one gives him a frank opening. Everyone wants him to talk about the terrible suffering and it has been terrible. And it has to come out, and hopefully it will lead to some healing and to the possibility of new life. But for the pope to deal with all these problems in 32 hours, he clearly can not.

There is so much demand for him to address all these issues, not to ignore them, not to ignore them, that is what it will come down to. He will not be able to tell much about what he wants to talk about and what this country and the world needs: compassion, mercy, the love the Lord has brought to the world.

Many say that a reason for the crisis facing the Catholic Church is a lack of trust. How important is it for normal Catholics in the banks to try to separate their faith from the institution that is human and wrong, from the belief they have in God?

To answer your question, I want to tell a story from one of our assistants in LA. His brother-in-law went to a café on Good Friday here in Ireland, maybe 10 years ago, and ordered a full Irish breakfast with bacon, sausage and black pudding. And he said to the man, "Do not you know it's Good Friday?" And the other man said, "What's good about it?" The answer he received was: "The church only asks for two days of fasting, could not you do that at least?"

The man can only refer to the Church, the doctrine of the Church & # 39; as the reason why you abstain from Good Food on Good Friday. He was unable to express the relationship with Jesus Christ and the death and resurrection of Jesus Christ.

I think that kind of stories indicate what happened to the church in Ireland, and maybe the church universal. For all of us who grew up, it became: "if you belong to the church, you are saved."

People had a relationship with Jesus, but we were almost ashamed to talk about our love for Jesus, the compassion and mercy of Jesus, we did not.

As a child I would learn Latin, I served as an altar, I would go out and serve with the priest on the farms in the local areas because you would get a good breakfast, a morning free from school and a coin.

At that time we have practiced our faith, but we have never heard of the compassion and mercy of Jesus Christ, the healing of his comforting love and that of the Blessed Mother. We picked it up ourselves from people's lives, from the way they treated us. But not much was spoken.

And when you talk about it, Jesus' love, and you pray with them, experience some of the healing of Jesus … I remember visiting some neighbors 20 years ago, and they asked me to bless them to give before departure, and like me Blessed both, they wept.

Maybe people have not lost faith, maybe we've lost it, we clerics, because we're very interested in trying to help the church and we know how important it is in the world, but we did not start at the beginning, how important it is to bring the love of Jesus into the lives of people.

Tell us about the pilgrimage you have just packed.

I have 45 people with me, and for most of them they had never been before and experience the kindness and hospitality of the Irish people, and we talk to them about how it grew up in our faith, and we pray together in the bus, talk about St. Patrick and share the mass. It has become a beautiful pilgrimage site.

We talked about what faith meant for the people of Ireland when it was forbidden, when a priest was hanged when he was found by saying the Mass. People were deprived of any consolation from the sacraments. It was praying the rosary that kept the faith alive in the Irish families, and that might be a good way to close, thinking of the upcoming World Meeting of Families.

The rosary, people's own prayer, their own spirituality, kept the faith alive through 200 years of terrible persecution.