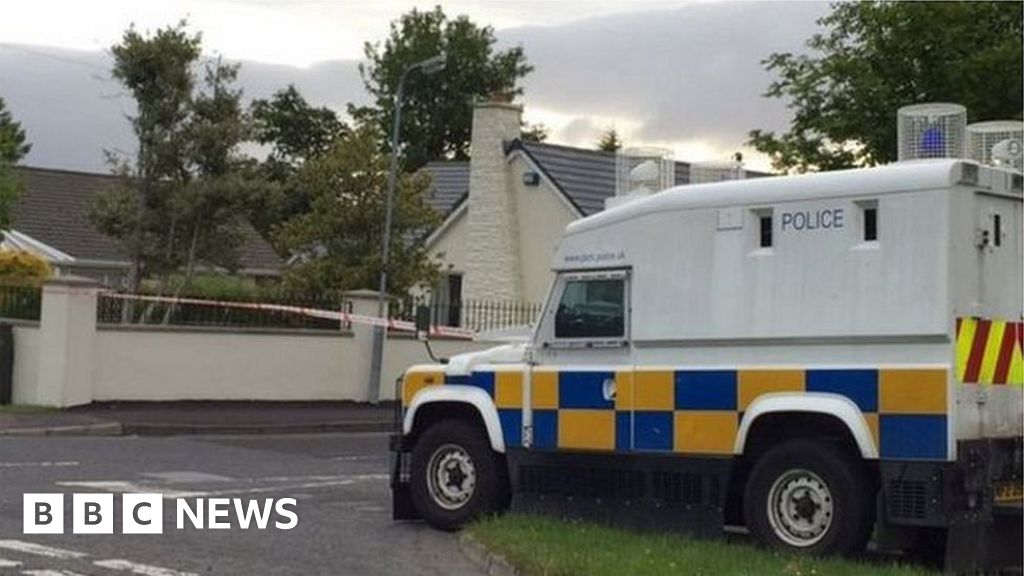 The trial of a man accused of planting a bomb under the car of an off-duty officer has heard of a quick pursuit involving armed police.

Sean McVeigh, 37, of Victoria Street, Lurgan, was detained in County Donegal, the court was told shortly after the device was planted in Londonderry in June 2015.

He was arrested by the PSNI almost a year later.

He denies attempts to kill the police and possesses explosives.

On Wednesday, Belfast Crown Court heard that Garda (Irish police) in Letterkenny was initially asked for help from the PSNI in Strand Road, Derry, about two cars that did not stop at a police checkpoint and were thought to be on their way to Bridgend in County Donegal.

It was also suspected that they had something to do with planting the bomb.

A number of police patrols were warned and the court also heard that members of an armed unit also had the task to participate in the investigation.

The court heard that it was a two-man patrol of this specialized unit, as they drove to the border town of Lifford, which for the first time saw one of the suspect cars, a black Volkswagen Passat, on the outskirts of Killygordon.

The driver said that although he turned on the siren and the blue flashing lights, the car "clearly … avoided every attempt to stop us".

He also said that the Passat drove through a red light and swam to the wrong side of the road to prevent a car from stopping at the lights.

In the end, the police managed to block the Passat while it was speeding towards Ballybofey.

After the car was stopped, the policeman said that he and his sergeant had "taken the necessary action" and that he had proclaimed his "official dispensing gun" to those in the car, they were armed police.

He said that after he had held and handcuffed the rear passenger for the first time, he then held on to Mr. McVeigh, who was the passenger of the front seat, and his driver was arrested by his brigadier.

Even though they were asked for their name, the three men remained silent, he added.

Later, during a follow-up investigation of the pursuit route, the policeman said he found a black glove that was turned inside out and was lying on the floor.

He stayed with the find until it was photographed and placed in an envelope by a detective.

During the cross-examination, the police officers said they were "aware" of the need to protect the scene from forensic investigation and the dangers of possible contamination.

They accepted, however, that they were not wearing gloves at the time and had not placed the men in forensic suits because they were unavailable.

They also said that the three suspects were only "patched" and that the Passat was only given a "fleeting search as such" to establish that there was nothing that could constitute a danger.

The policemen detained there had not had a "long search for the vehicle" and that while they had looked in, they had not entered it, although it would have been possible for other police officers to enter the car without their knowledge.

The non-lawyers trial will continue on Thursday.