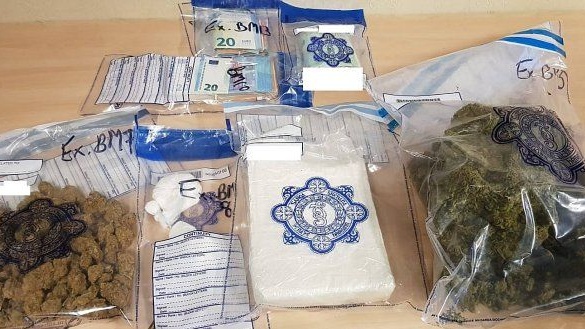 Cocaine with a street value of more than € 64,000 has been seized by gardaí, who took the trek after searching a house in the Drimnagh area in Dublin.

Crumlin investigative officers confiscated the smuggler worm drug and arrested one man during an operation this afternoon.

As part of ongoing investigations focused on the sale and delivery of drugs in the Dublin 12 area, the home was the target of the Crumlin Drugs Unit. During the search, € 14,000 of cannabis herb was also discovered. Officers confiscated € 7,500 in cash.

The 25-year-old man was arrested after the confiscation and was detained under Section 2 of the Criminal Justice (Drug Trafficking) Act, 1996 at Sundrive Road Garda station. It can be held for up to seven days.

Research is still under way.