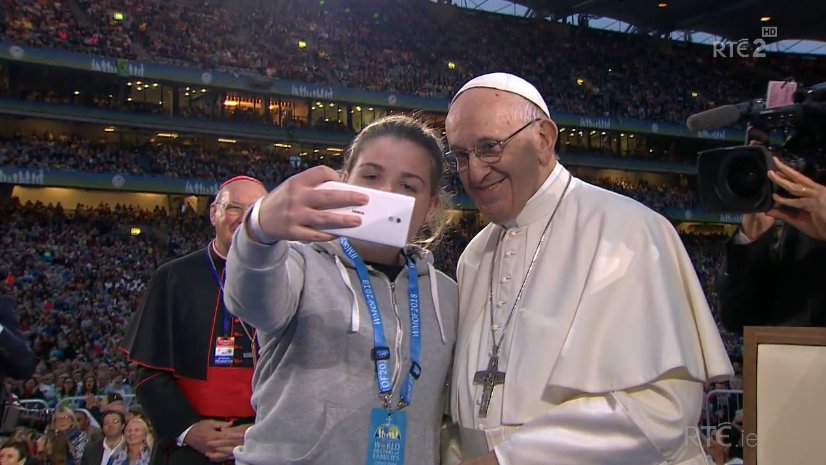 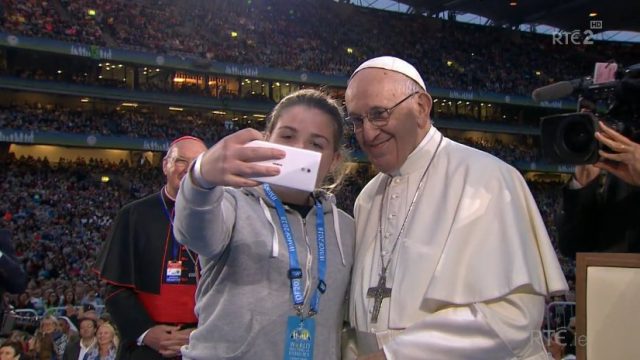 Although there was a lot of controversy about the Pope's visit to Ireland – there were also some positive moments.

A video has been published of a young girl who had a selfie with Pope Francis, at the Festival of Families where he gave an address.

The entire event was broadcast on RTE, and they captured the moment a young girl got a selfie with his Holiness.

Pope Francis poses for a selfie during the Family celebration #popeinireland pic.twitter.com/HoT1wODmbS

Viewers at home were quick on Twitter to praise the Pope for allowing the selfie, and congratulating the girl because he was trying to get one in the first place:

girl just gets a "selfie" with the pope in croke park! brilliant! 🙏🙏 pic.twitter.com/EQ9JnBzlTl

Go on the young girl to get the selfie with the pope 🙏🏻😆 Sign of the time now and he is obliged to be honest #PopeInIreland pic.twitter.com/l2TWOK6Nr4