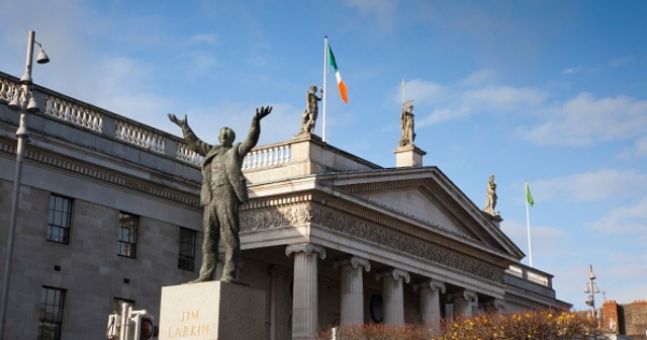 Pope Francis will arrive at Dublin airport in a few hours.

Some people in Ireland think that the head of the Catholic Church is not welcome in the country after the scandals that are now synonymous with the organization.

Tonight the GPO saw lightened with the words "love", "truth", "justice" and "Stand4Truth".

People have openly expressed their displeasure during the papal visit, with a protest event organized for Sunday. The hashtag # Stand4Truth is the title of the event at the weekend, and is also one of the things that will be illuminated at the GPO on Friday evening.

The event on Sunday starts at 14.30 on Sunday 26 August in the Garden of Memories.

It will take place on the same day that the Pope will say mass in Phoenix Park – and strives to survive in both mental abuse and institutionalization and boycotting the papal mass itself.

Hozier, one of the leading musicians of Ireland, will perform during the event.