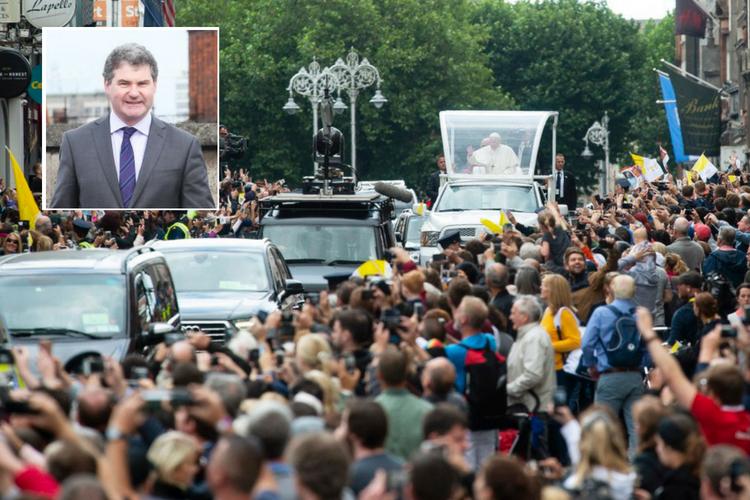 Richard Guiney, CEO of Dublin Town, said that companies were hit hard because there was a drop of about 30 percent in trade during the two days

There were 130,000 fewer shoppers in the capital over the weekend because of Pope Francis' s visit – companies in the center of Dublin estimated at € 6 million, according to Irish Business Groups.

The representatives also ask to draw lessons from the Pope's visit, as pedestrians have fallen dramatically in the city on Saturday and Sunday.

Richard Guiney, CEO of Dublin Town, said that Irish companies have been hit hard because there was a drop of about 30 percent in the two-day trade.

"The trade also declined considerably, about 30 percent, with potential losses estimated at around five to six million.

"We believe that the business community should be involved in the planning of these events, so that they have some input into plans such as ensuring that the city is still functioning – and this has worked well before, for example with the 1916 celebrations.

The Dublin room reverberated this sentiment and said that companies in the capital were a "side issue."

A spokesman said: "It was a very quiet weekend in the center of the city, the numbers were very low on both Saturday and Sunday compared to a typical August weekend.

"With schools that are returning this week, this should have been a very busy weekend for shopkeepers, but that was not a surprise, because companies were generally a side issue in the organization of the papal visit.

"The message that could come there because of the bad communication by the organizers was that the city would actually be on lockdown all weekend.

"Unfortunately, that message wore and people who did not go to Phoenix Park, the weekend also came from Dublin or stayed home.

"Hopefully some of the money lost by retailers can be made up in the coming days, but the loss of this weekend for restaurants and cafes can never be recovered."

The Dublin Town CEO said the visit had a silver lining because the capital was well represented worldwide.

Guinea, however, added: "I think we can do better in the future.

Social security issue on illness Payment delays in the benefit

"I think the pope was very welcome, the people who came to visit him were very welcome, and I thought the city looked very good on TV, and I see an international report and I thought Dublin was coming out and there looked good in how it was presented.

"But I think the planning and communication were not that good, and I think that some of the problems we experienced during the weekend were preventable.

"We have to look at how the event was planned and communicated, so that we learn from this and do it better next time."