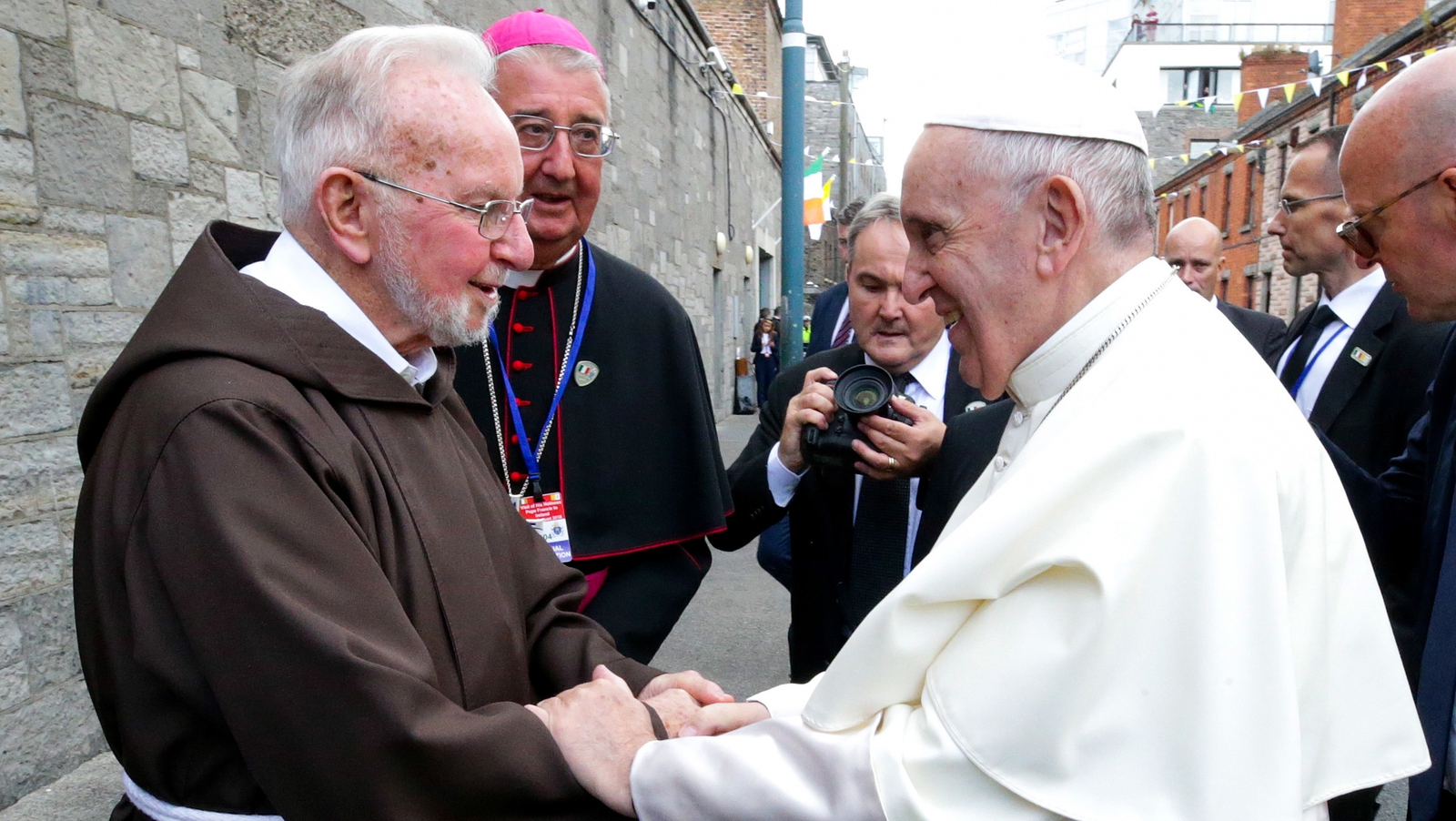 The Pope paid tribute to the dignity of the homeless at the Caphucin Day Center in Dublin today during his historic 36-hour visit to Ireland.

The religious order of the Capuchins carries out a rescue service for people without shelter and who need food and baby equipment.

Bella Rose, 11 months old, came face to face with the Pope, her mother said after he got off his pop cole and entered a narrow back door of benefactors through a modest back door.

Candice Hartigan, 37, added: "He blessed all children, but she was the only one who got the kiss."

The center is non-judgmental, she said.

Employees and users of the Capuchin Center in Dublin expressed their pleasure in meeting the Pope during his visit to the center. #popeinireland pic.twitter.com/ZbhZnTi7eF

"You just have to give your name and that's it, you will not be asked anything else," said Mrs. Hartigan.

The pope turned to a meeting of disadvantaged people who used the center and thanked them for the trust in the capuchin fathers.

"They help you without dignity," he said.

"That is the face of Jesus Christ."

Brother Kevin Crowley is a co-director in the center.

The Capuchin Day Center is "a family of the poor and marginalized in our society" pic.twitter.com/0F2VY2omYR

He said: "The message he gave was that we had to show dignity and respect to every person in need, that was his real message."

That respect extends to everyone who uses the center.

Brother Kevin added: "It is very sad to think that small children have to return to their youth hostels in the evening when they leave our center.

"So his concerns were the dignity and respect of every poor person.

"Wherever he went, he always made sure that the poor were his priority and I think that today is one of the greatest gifts for us, that the Pope visited the center and showed his great love for the poor and homeless," said Brother Crowley.

He said that there were not enough houses available in Dublin and urged the Irish government to "bring his act together" and build more houses.

Fr Bryan Shortall, a pastor of the Capuchin parish, remembered that the leader of the Catholics in the world said some nice things to the brothers and the homeless.

"The pope confirmed Brother Kevin and Fr Sean in what they do in the day center, because they do not ask questions, they literally have an open door, people are welcome, people are not questioned or receive the third degree or questioned, they will be applauded .

"It was a great opportunity, a great experience and something I will never forget."