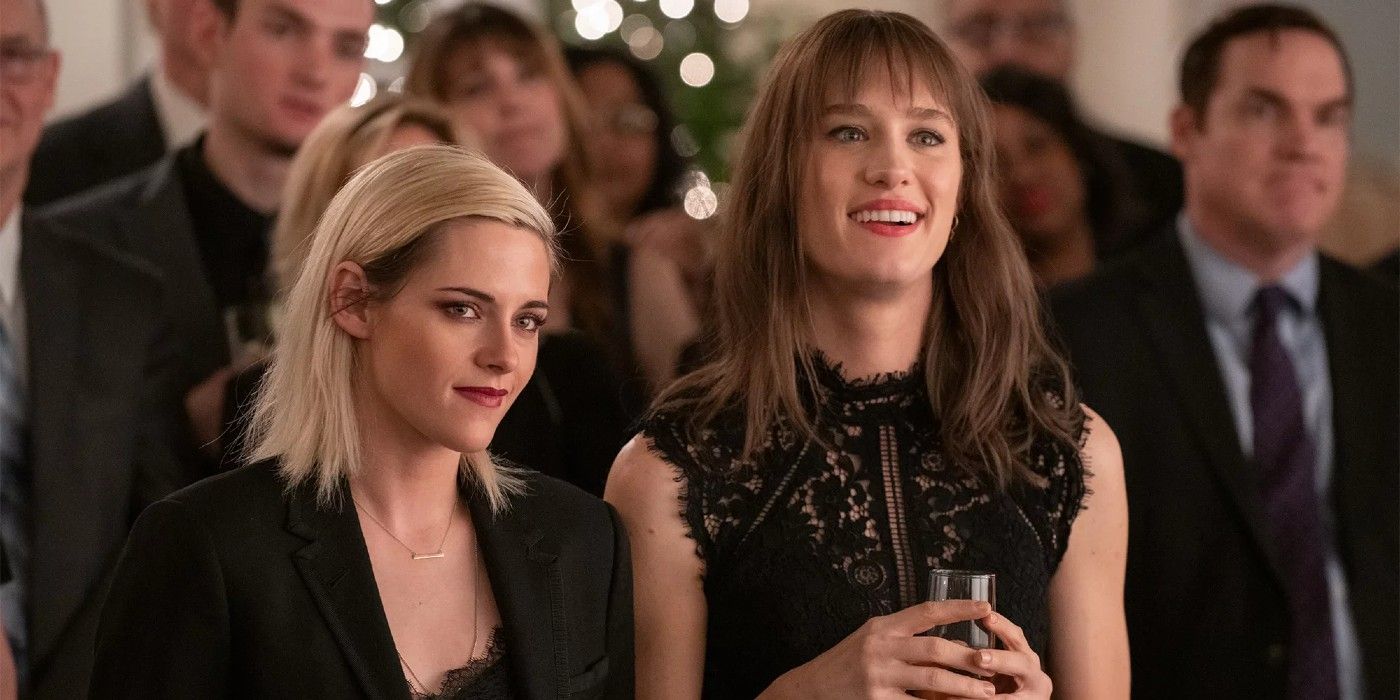 We interview Happiest Season director Clea DuVall and co-writer Mary Holland about working with the cast of the film, the universal story and much more.

Happiest Season is the latest Christmas movie of 2020, bypassing theaters and now becoming safely available to stream via Hulu. While it lends a familiar charm to the holidays, it also adds an extra layer of representation through the primary love story of Abby (Kristen Stewart) and Harper (Mackenzie Davis).

Directed by Clea DuVall from a script she co-wrote with Mary Holland, the film has a personal meaning to everyone and tries to bring together many viewers who feel excluded from certain traditions. The makers spoke to Screen Rant about their own sources of inspiration for the film and the conversations they had with actors when they brought it to life.

Mary, you both wrote this movie together, and it is uniquely universal. Which films inspired you in making this project?

Mary Holland: I mean, we’re both big fans of holiday and Christmas movies. And I feel like, tonally, when we knew we wanted it to be a comedy – to have these moments of humor and joy – I felt like Home Alone was definitely an inspiration. As for the complicated family dynamics, and just having fun with that particular time of year, the movie that does it so well. And I think that was an inspiration.

Clea, the movie is beautifully directed and this cast is great. The casting really stands out from Victor Garber to Aubrey Plaza, Kristen Stewart and Mackenzie Davis. Everyone feels so authentic. How did you work with these actors to bring those three-dimensional characters to life?

Clea DuVall: Well, with every person who was cast, I had conversations with them. We met, we went through the script, we talked about the character – because actors always have such a great insight into their own characters, even more so than the writers and the director. So it really enabled them to have a voice and bring themselves to it.

It really felt that by the time we got started, they really owned their roles. It all felt very lived and when everyone came to the first day it felt like everyone was so trapped. It was really remarkable to see how they all worked.

Mary, speaking of acting, how much of Jane is there in you?

Mary Holland: 99.99%. She feels a lot like me, and I really think a freer, more elevated version of me that I’m dreaming of. She displays so much uninhibited self-love, which is something I admire about Jane.

Clea, despite the holidays being one of the happiest times of the year, it’s just not for a lot of people trying to find acceptance. Where do you hope many of those people can get? Happiest Season?

Clea DuVall: That the holidays are a complicated time. I am aware of this and I am someone who also finds the holiday a bit complicated. So I really hope this movie can make those people feel seen and they don’t feel so alone.

All suitors in Stardew Valley