israel December 3, 2020 israel Comments Off on The Arab League’s divisions over the Palestinian cause dominate the talks | Middle East 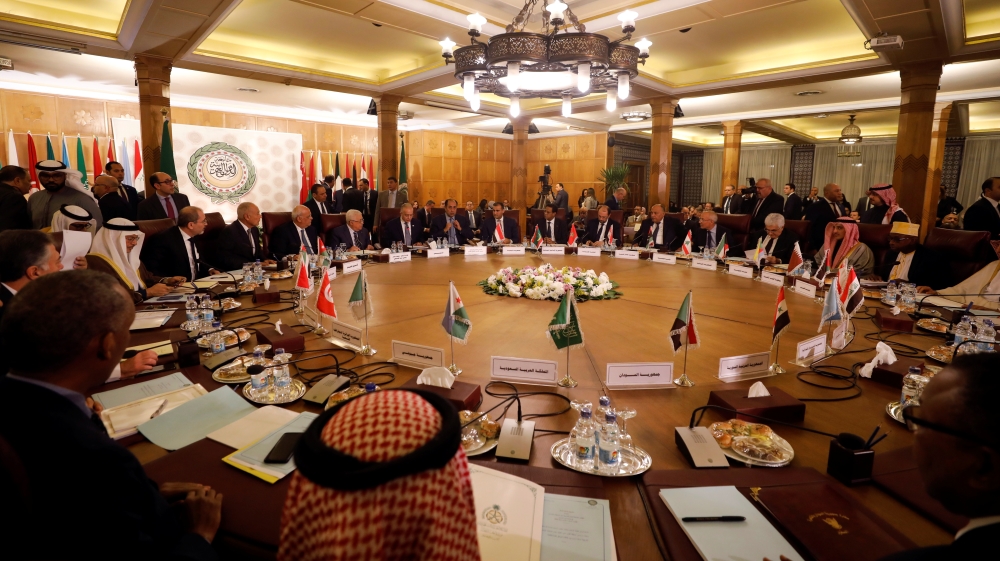 A meeting of the Arab League on Wednesday will focus on the Palestinian cause following the “normalization” agreement between Israel and the UAE, with analysts suggesting that divisions rather than the usual unity on the issue will dominate the discussion.

The run-up to the virtual session has already left a sour taste to the Palestinian leadership.

On Sunday, the Palestinian Authority (PA) accused the United Arab Emirates (UAE) and Bahrain of blocking a draft resolution calling on Arab states to adhere to the 2002 Arab Peace Initiative plan before normalizing ties with Israel.

Saudi Arabia’s Arab initiative calls for ties to Israel in return for its 1967 withdrawal to the borders, a just solution for Palestinian refugees, and east Jerusalem as the capital of a future Palestinian state.

A senior member of the PA’s ruling Fatah faction, Hussein Hamayel, said Bahrain’s opposition to the draft resolution “puts it on the side of the enemies of the Arabs and Muslims.”

However, on Tuesday, the official spokesman for PA President Mahmoud Abbas said the leader “will not accept offending the national symbols of Arab countries, including the United Arab Emirates”.

In a statement by the official Wafa news agency, Nabil Abu Rudeinah said the state of Palestine is committed to “maintaining fraternal relations with all Arab countries on the basis of mutual respect, the latter of which must adhere to the Arab Peace Initiative”.

Announced by US President Donald Trump on Aug. 13, the UAE-Israeli normalization agreement surprised the PA, which then accused the UAE of betraying the Palestinian cause – long considered a pan-Arab issue.

Israeli Prime Minister Benjamin Netanyahu said more Arab countries will soon follow in the footsteps of the UAE, and Bahrain and Oman have both expressed support.

“The Palestinian cause has traditionally been a unifying theme for the Arab League, which this year appears to be more of a cause for division, making the Arab League increasingly irrelevant in managing the affairs of the Arab world,” said Andreas Krieg, assistant professor of security studies at King’s College London.

The motion to be tabled by the Palestinian leaders is unlikely to be endorsed by some Gulf states, he added.

“While there may not be immediate action by another Arab state to formally normalize ties with Israel, there will be more exchanges and engagements with Israel, which is no longer linked to the Palestinian cause,” Kreig told Al Jazeera.

“For the UAE, Bahrain and Sudan, the Arab-Israeli conflict has been downgraded to the Israeli-Palestinian problem, which should not be an obstacle to the warming of bilateral ties with Israel.”

“Many Gulf states are very interested in formalizing ties with Israel and UAE-Israel was the icebreaker,” she said. “Normalization between Israel and the Gulf States is already in the works, and now it’s just a matter of timing.

“What would likely come from the Arab League is the usual recycled lip service to the Palestinians,” she added.

Contrary to Abbas’s request to hold an emergency session in the wake of the US announcement of Trump’s Middle East peace plan, the Arab League declined to do the same after news of the UAE agreement. and Israel was announced.

This led to Saeb Erekat, the secretary of the Executive Committee of the Palestine Liberation Organization (PLO), calling on Arab League leader Ahmed Aboul-Gheit to condemn – or resign – the UAE’s normalization agreement with Israel.

“If he is unable to issue a statement stating that the UAE and Israel standardization, he must resign, ”Erekat told PalestineTV.

And while the Saudi Arabia regional power has stated that it will not normalize relations with Israel without safeguarding Palestinian interests, Riyadh has not condemned the UAE’s decision.

“Saudi Arabia will verbally endorse the Palestinian cause, the Jerusalem issue and the Arab peace initiative,” Kreig said. However, it remains to be seen what Riyadh is doing in terms of action in this area.

The oil-rich kingdom could take the opportunity to bolster support for the Arab peace initiative, Kreig continued, while at the same time not taking a solid stance against normalization, leaving the door open for individual Arab states to deal with Israel as they see fit.

“With the UAE as the leading Arab state already sacrificing the Palestinian cause to satisfy the Emirates’ national interests with Israel, it will be difficult to build solid support for the Arab peace initiative in this multilateral setting,” he said.

“Saudi Arabia has on a number of occasions over the years expressed an interest in cooperating with Israel, especially in view of the growing threat from Iran,” she said.

“In fact, Saudi Arabia has facilitated the standardization agreement between Israel and the UAE by opening its airspace to direct flights between the two countries.”