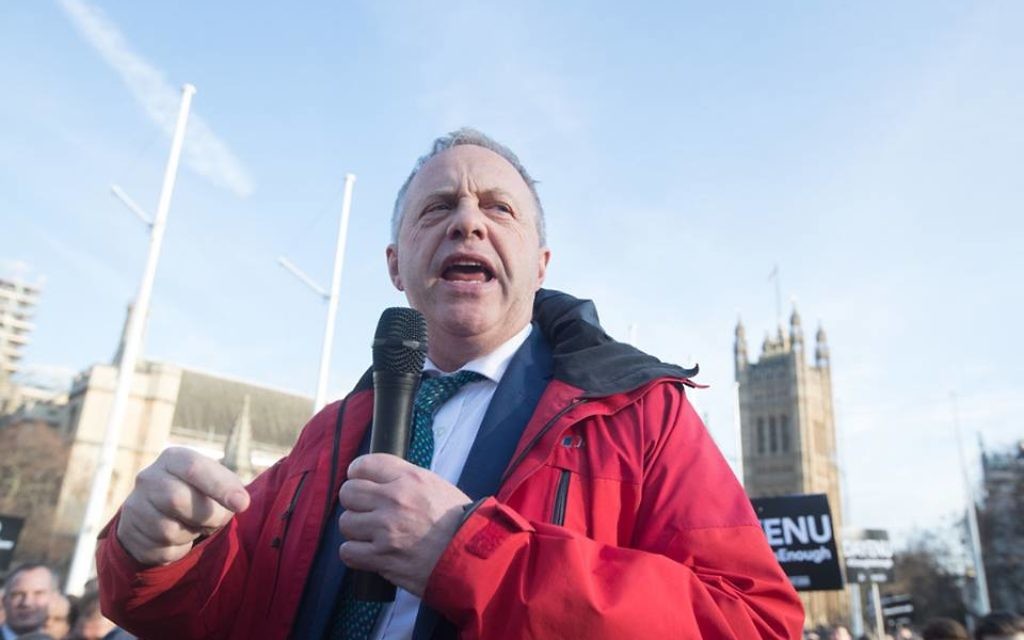 One of the most staunch friends of the Jewish community in Parliament, Labor Member of Parliament John Mann, had to refrain from attending the Jewish Labor Movement conference in London on Sunday because of potential anti-Israeli and anti-Jewish actions by members of his own constituency in Bassetlaw. , Nottinghamshire.

In a letter to the organizers of the JLM conference, Mr Mann, chairman of the parliamentary faction of all parties on anti-Semitism, said he should miss the conference because "some members of my local party are participating in the hatefest Williamson / Walker where they will appeal to me today ".

This is a reference to one of a series of events held by fellow Labor MP and fervent Jeremy Corbyn defender, Chris Williamson of Derby South, who has repeatedly accused accusations of anti-Semitism in the Labor Party. He appears several times with Jackie Walker, the activist of the Momentum, who is still being suspended for violations of anti-Semitism.

In response to the Williamson and Walker event, mr. Mann who makes his Bassetlaw Constituency Labor Party (CLP) "this a day of campaigning, which will include a voice to support IHRA [the International Holocaust Remembrance Alliance definition of antisemitism]And himself as the local parliamentarian.

Those who attend what the MP describes as "the hate feast" include, he says, "those who say that I am loyal to a foreign power" and "paid by the Jews". will celebrate their presence by referring them for expulsion ".

An angry Mr Mann predicts: "Work is at a crossroads: if this is not tackled with tacky racism, it means that the party no longer deserves to exist and will die slowly and painfully".

The "refusal of the Jewish community" to be persuaded by the new anti-Semitism and the vital role of JLM. ", Mr. Mann has also announced that a new session of the International Conference on Anti-Semitism, which he had initially convened in Lancaster House in 2009, would resume on November 26 this year. It will, he says, "emphasize the role of female parliamentarians who fight anti-Semitism worldwide and fight the particularly cruel anti-Semitism aimed at female MPs.

He added: "I call upon the PvdA leader to automatically confirm the reselection of every female Jewish parliamentarian as candidates of Labor at the next election.The brutality and consistency of racism against Luciana, Louise, Ruth and Margaret shows that the Labor Party is now becoming an institutional racist party, with a few thousand openly racist members all claiming to act in the name of Jeremy Corbyn. "