Are pillows or emoji at work e-mails ever OK? 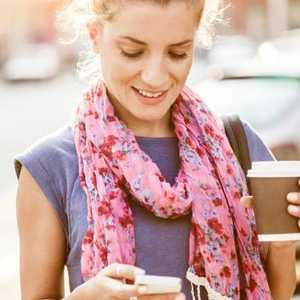 I AM a kisser, clear and simple.

But lately I am beginning to wonder if I have just taken my kiss a little too far away – if I have perhaps gone over the top, in terms of when and how I "share love".

I am not talking about the haphazard of strangers on the street, I refer to my tendency to end SMS messages and e-mails with an "x" or three.

The tendency has been that my children shook their heads in the past, as when I sent the cricket dad of the school a series of overly affectionate text messages, his mobile number mixed with that of his lovely wife – leaving father each time. positively petrified every time he saw me.

In a society in which society is becoming more and more coincidental, the boundaries between what is and what is not can become blurred.

And our dependence on digital technology to communicate can mean that the intent of a message can be lost, and it is tempting to add an emoji to reinforce the tone you are trying to convey in a few disturbed words.

Personally, I love the emoji's, my dear old father, who was older in the 80's, takes on text messages to his children and grandchildren, usually drawing with hearts and a picture of a man and a woman hand in hand, to represent him and his wife half a century.

The long-lived show of romance and love never ceases to make me laugh.

As far as I am concerned, I have become so accustomed to giving an "x" to friends and loved ones at the end of the texts, I will often add one at the end for someone I do not know so well.

Only this week I quickly shot two work-related e-mails, in which I without thinking a "x" at the end – the sentiment, "I put your generosity into the effort to view this / help me with this".

In the world of art and public relations it is customary, but does it fit in a wider context in the workplace?

Sure, it will just add a little good courage to somebody else's day and show that this middle-aged woman is completely in fashion?

But apparently it is not – and it is not.

Zarife Hardy, the director of the Australian School of Etiquette, is my go-to for everything that has to do with decorum.

"You should never put a kiss (" x ") on a work-text or e-mail – keep professional written communication, save your hugs and kisses when you're face-to-face: I'm terribly sorry, I have to plans of our meeting & # 39; does not need smiley smile & # 39 ;, she tells me.

"It's a bit like exposed tattoos, we all have an opinion about whether we like them or not.

"Some people find the emoji symbols immature and redundant and can make you look unprofessional, so you better not go there.

"Use at least great positive language, only no symbols."

Although it is true, we have become more informal, she says, and keep it one step higher in the workplace.

She points out, while we may think it is cute to end an e-mail from the end of Friday with a dancing emoji to indicate that we are almost at the end of the work week, others are not.

"It can be misinterpreted and therefore create a very uncomfortable social situation, or otherwise create problems in a professional sense with work and productivity," he says.

"It's important to keep limits free, to blur the lines and to solve problems."

Their advice is supported by recent research abroad.

At the end of last year, researchers from the universities of Amsterdam and Ben-Gurion in Israel interrogated hundreds of people from dozens of countries and had them read work e-mails from a stranger – and they responded to it.

"Our findings provide the first evidence that, in contrast to the actual smiles, smileys do not increase the perception of heat and even reduce the perception of competence … in formal business e-mails, a smiley is not a laugh", concluded Dr. Ella Glikson, BGU.

So, appropriately punished and out of love, I am about to send some emails about the work and end them in the old-fashioned way, with a simple complete stop.

Rebecca Baker is a journalist for The Adelaide Advertiser.