Enter Scott and Josh in »J-Wire 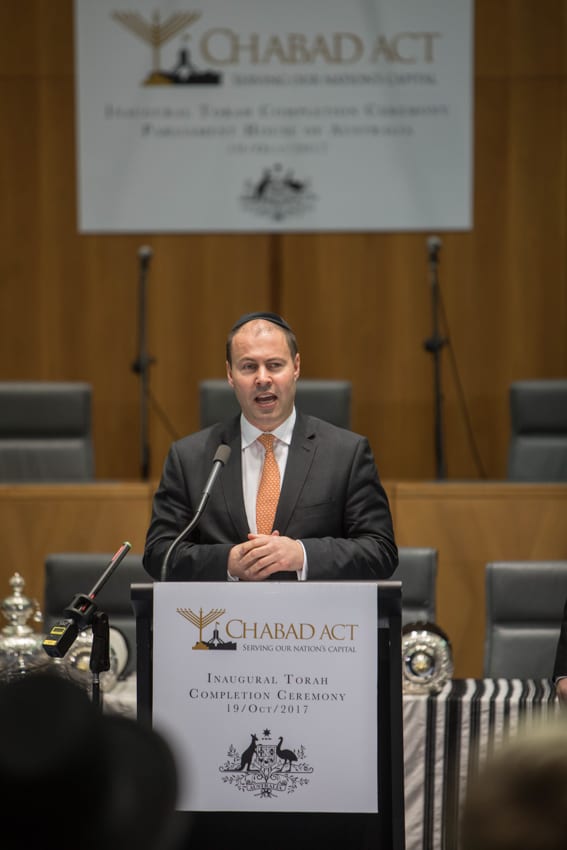 Read on for article

Australia is looking forward to a new weekend with its new political leaders with Scott Morrison winning the Liberal party room vote as the latest prime minister of Australia and Josh Frydenberg creating history, which is Australia's first Jewish vice-liberal leader. 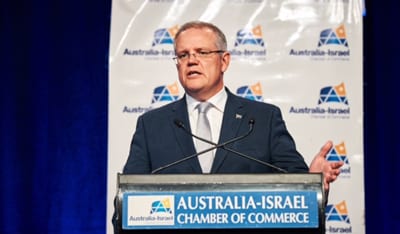 Anton Block, the president of The Executive Council of Australian Jewry told J-Wire: "The Australian Jewish community has good relations with political figures about the big parties and about the different factions within those parties, so we will be happy to work with the new Prime Minister, Scott Morrison, in pursuing the most important issues for our community, namely obtaining federal government funding at the cost of common security and maintaining dual support for Israel The EKJ will write to Scott Morrison and the new deputy liberal leader Josh Frydenberg to wish them well in their new role, and will also write to the outgoing Prime Minister, Malcolm Turnbull, to express the deep appreciation of the Jewish community for him and his strong and consistent friendship with the Australian Jewish community and the state Israel.

During his tenure as federal representative for Wentworth and as prime minister, Malcolm Turnbull showed a rare warmth and familiarity with the Australian Jewish community. His lifelong friendships with members of our community made him feel at home at Jewish communal events where he was always warmly welcomed. He was

The president of the Zionist Federation of Australia Dr. Danny Lamm added: "On behalf of the whole Zionist community of Australia, I would like to thank Mr Turnbull for all he has done for our country, and in particular, his support for the Jewish community and his close friendship with Israel was clearly the generous welcome that he Israeli Prime Minister Benjamin Netanyahu gave last year during his visit to Australia It was a pleasure and privilege to have Mr Turnbull's participation in many joint functions over the years, including as keynote speaker at the ZFA Plenary in 2015 and welcoming Prime Minister Netanyahu to welcome at Central Shule, and we wish him all the best in his future efforts. "

Danny Lamm also congratulated Scott Morrison and Josh Frydenberg and wished them both good luck in their new role as Prime Minister and deputy leader of the Liberal Party respectively.

AIJAC also expressed deep gratitude and appreciation to Malcolm Turnbull and Julie Bishop for their record of productive performance and service in principle to our nation as prime minister and deputy party leader respectively.

Mark LeiblerThe National Chairman of AIJAC said: "Malcolm Turnbull has served Australia with great distinction, and it was an honor and privilege to work with him on a series of issues in the interests of Australia.

His support for reconciliation between Israel and the Middle East in particular and genuine concern for the well-being of the Jewish community is highly appreciated, "continued Leibler.

"Furthermore, Julie Bishop has long distinguished herself as deputy leader, and we should all be very grateful for her untiring efforts in that important role," he added.

"I am confident that the new leadership team will continue to make an outstanding contribution nationally and globally."

AIJAC executive director Dr. Colin Rubenstein said: "Our relationships with Scott Morrison and Josh Frydenberg have been warm, productive and long-standing and AIJAC is convinced that they will continue to provide a determined and effective leadership to Australia."

"Our political leaders have extensive responsibilities, especially in these times of significant national and international challenges.AIJAC wishes them every success in formulating and delivering policies that deliver the best results, nationally and internationally, for the people in Australia," dr. Rubenstein.

Go to the main page of J-Wire for all latest newsgossip and what happens in your community.