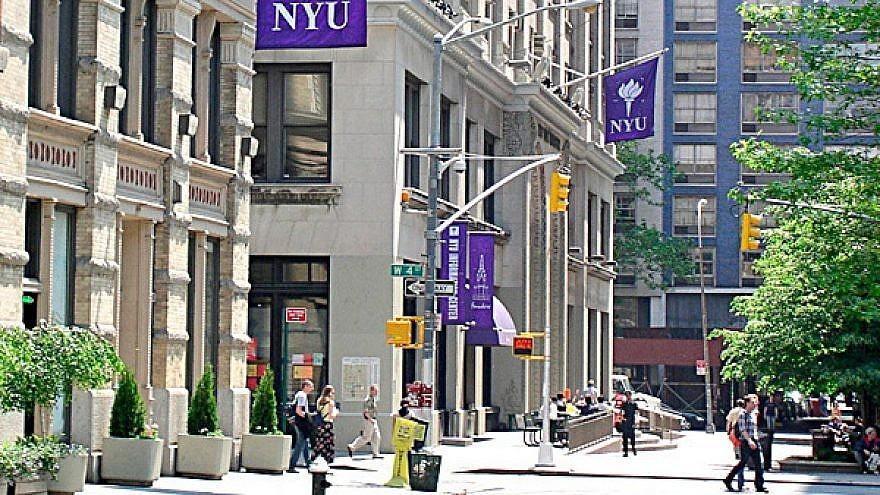 With the academic year about to begin, Israel advocacy groups, including the Louis D. Brandeis Center for Human Rights Underlain (LDB), StandWithUs (SWU) and Alums for Campus Fairness (ACF), wrote a letter to the Andrew Andrew University University Hamilton, who asks his administration to make a discriminatory joint statement issued in April by 53 NYU student groups, including Students for Justice in Palestine and Jewish Voices for Peace, which stated that the student organizations would boycott two pro-Israel student groups on campus: Realize Israel and TorchPAC.

The last letter is a continuation of three earlier letters that the organizations sent to Hamilton. This specific letter recognizes that NYU has condemned the BDS movement, but that the university must still adequately reject the discriminatory statement and address the way in which the vitriol affected the NYU community, according to a joint statement from the three organizations.

The letter states: "Unless you condemn the statement and make it clear to students that they are expected to maintain a tolerant, inclusive campus environment in the coming year, we are afraid that the intolerant, hateful environment initiated in NYU 2017-2018 will will continue to stiffen and grow, and expose your university to violate Title VI of the Civil Rights Act of 1964, "which prohibits discrimination on the grounds of color, race or national origin in a program or activity that receives federal assistance.

"Unless the NYU government takes a stand against the discriminatory, hateful environment that anti-Israel activists created last year in the NYU student government, we are very concerned about pro-Israeli NYU students in the coming year and for further, uncontrolled violations of NYU policy, "said Roz Rothstein, CEO of SWU.

"Alums for Campus Fairness is deeply troubled by NYU's lack of response to these discriminatory actions," said ACF Director Avi Gordon. "As an organization representing more than 400 alumni at NYU, it is our hope that they will respond to our call for change."

Alyza Lewin, president and general counsel of LDB, said: "If Catholic students were told they had to deny the Vatican before they could contact other members of the student body, everyone would agree that it would be blatant discrimination This is no different, it is the task of the NYU administration to condemn such bias and intolerance in the strongest terms at the beginning of the new school year to ensure that pro-Israel students are not excluded and that they feel safe on campus. "