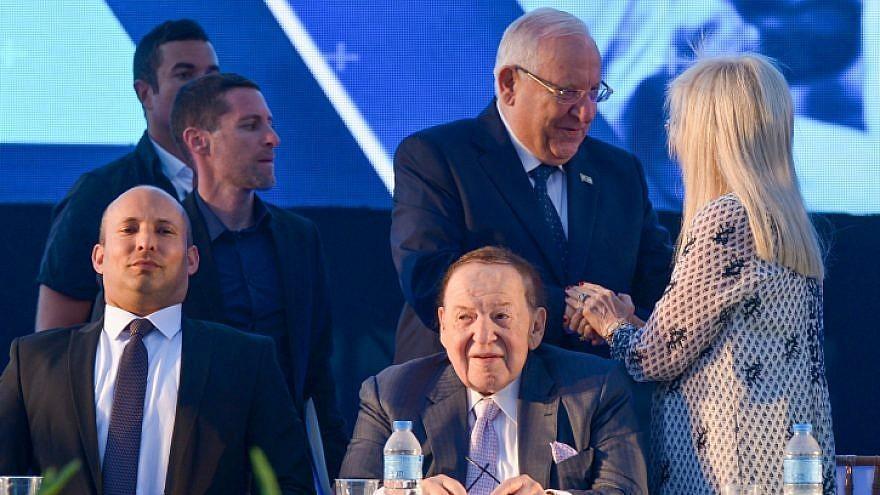 A ceremony at the new facility was attended by Israeli President Reuven Rivlin, Minister of Education Naftali Bennett and Deputy Minister of Health Yaakov Litzman, as well as the bearers of the school: American Jewish billionaire Sheldon Adelson and his wife, Dr. Miriam Adelson.

Ariel University is facing a serious attack by the BDS movement, which has attempted to boycott the university and its academic staff in higher education institutions around the world.

"When others rolled their eyes, you all built," said Rivlin during the ceremony. "When others boycott, you have proven that an excellent academy could be established here – an academy that accommodates every student, regardless of race, color, religion or gender."

Ariel University has been the subject of multiple boycotts by academics, including dozens of Israeli radical links because of the location.

In February Bennett pushed legislation to give colleges and universities in Judea and Samaria the same legitimacy as other Israeli schools under the auspices of the Council for Higher Education – a move that enabled Ariel University to continue with the establishment of its medical school, who will welcome his first 70 medical students in the fall.

The new school will be named after its benefactors, the Adelsons, who donate 20 million dollars for the expansion of the university, including no fewer than 12 new facilities to serve students.

"It might seem strange that someone would oppose the establishment of a new medical school in a country where there is a shortage of doctors," said Dr Miriam Adelson in her speech. "But maybe we should get used to Israeli's to this strangeness."

"True Zionism is to know what our virtue is and to use it for the good of the whole world," she added.

A study by the Israeli Ministry of Health showed that Israel is below the average number of OECD doctors per patient, with 3.1 to every 1,000 patients. The study also showed that more than 58 percent of Israeli doctors went to a medical school abroad – nearly three times the OECD average of doctors trained outside their own country.

The inequality is attributed to the large number of young Jewish students who want to become doctors and the small number of medical programs in the country.

During a gala dinner after the inauguration, Sheldon Adelson addressed those present and said: "How appropriate is that here in [Samaria]that we here in Great Israel help to make Israel bigger. "