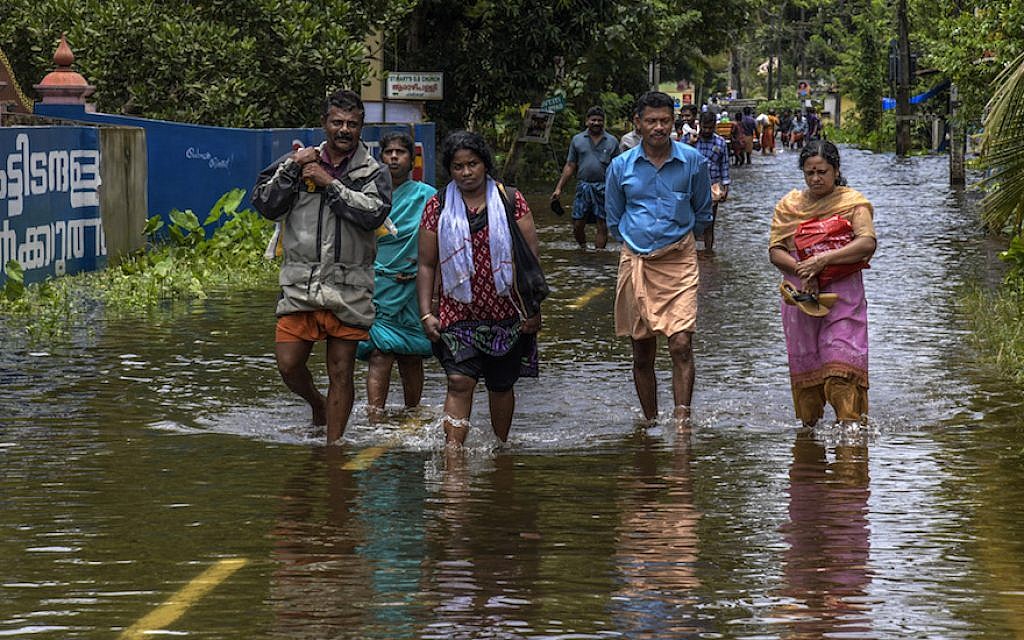 JTA – The Jewish community in Kerala has largely escaped damage from the deadly floods in the South Indian state, a member of the community told JTA.

More than 350 people have been killed and more than 1 million people have been displaced by the floods, which started in June and are the worst of the state in a century. But the small Jewish community is usually unaffected, said Ofera Elias, who lives in the city of Ernakulam.

The community has about 26 members, most of whom live in non-flooded areas, Elias, 56, told JTA. Two member houses were flooded; the families found shelter elsewhere.

Elias, however, said that he was not sure of the fate of the only functioning synagogue because the floods had prevented her and her husband from going there. She said that three synagogues that are no longer used by the community for religious services have experienced floods.

Kerala is home to a historical Jewish community, but most members left for Israel from the beginning of the 1950s. 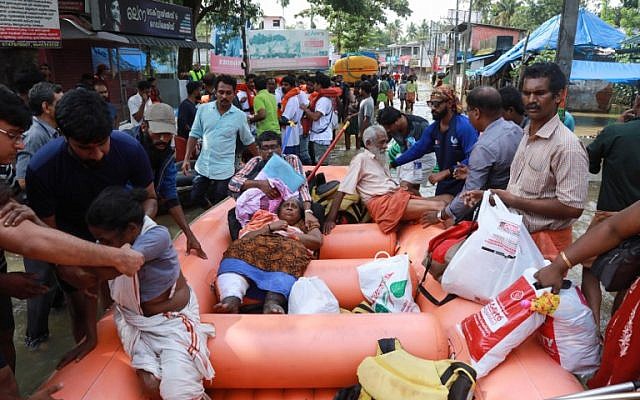 Indian residents are evacuated by rescue workers in Paravoor in the Ernakulam district in the South Indian state of Kerala, on August 19, 2018, while the state is recovering from substantial flooding. (AFP Photo)

On Tuesday, IsraAID, a coalition of Israeli rescue organizations, sent a three-person aid team to the state. The group, composed of the team of the organization stationed in Nepal since the earthquake in 2015, has an engineer, project manager and aid worker, co-CEO Yotam Polizer tells JTA.

When the team arrives on Wednesday, it will assess the situation and focus on distributing non-food relief supplies, including blankets and tents, according to Polizer. IsraAID will send additional people later this week and plans a lengthy operation in Kerala to tackle the aftermath of the floods.