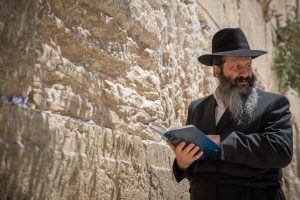 Reb Sholom Mordechai Rubashkin, who was released in December after President Donald Trump issued a commutation of his 27-year sentence and served eight years in prison, traveled to Israel last week after his travel restriction was removed.

Reb Sholom Mordechai, a man who became an example of achdus and a storehouse of hope and trust for so many, both during the years spent in prison and more in the last few months, was warmly greeted by the many Jews who met him in Yerushalayim, with a joyous celebration and expressions of gratitude to Hashem for make his release possible.

On Motzoei Shabbos, Reb Sholom Mordechai visited the home of MK Rabbi Yisrael Eichler (UTJ) to thank him for his speech in the Knesset on his behalf.

During the visit of Vice President Mike Pence to Israel, Rabbi Eichler called the imprisonment of Rubashkin and the fact that he was sentenced to 27 years of economic crime. Rabbi Eichler also stated the anti-Semitic prejudices that had been clearly present during the Rubashkin trial, and thanked Vice-President Pence and President Donald Trump for the early release of Rubashkin.

During a trip to New York a few months ago, Rabbi met Eichler Rubashkin. "When you visited me in New York after I was released, and you blessed me that we would see each other in Eretz Yisrael, I thought it would take a few more years, and here I am, in Yerushalayim, less than six months later. "said Reb Sholom Mordechai.

"No non-Jew would have received more than two years for the crimes you were accused of," Rabbi Eichler said. "The entire US legal system rejected every appeal in the case.

"Only Hashem chose Trump, against all odds, to become a US president – to free you. Baruch Hashem, you are already in Yerushalayim. "