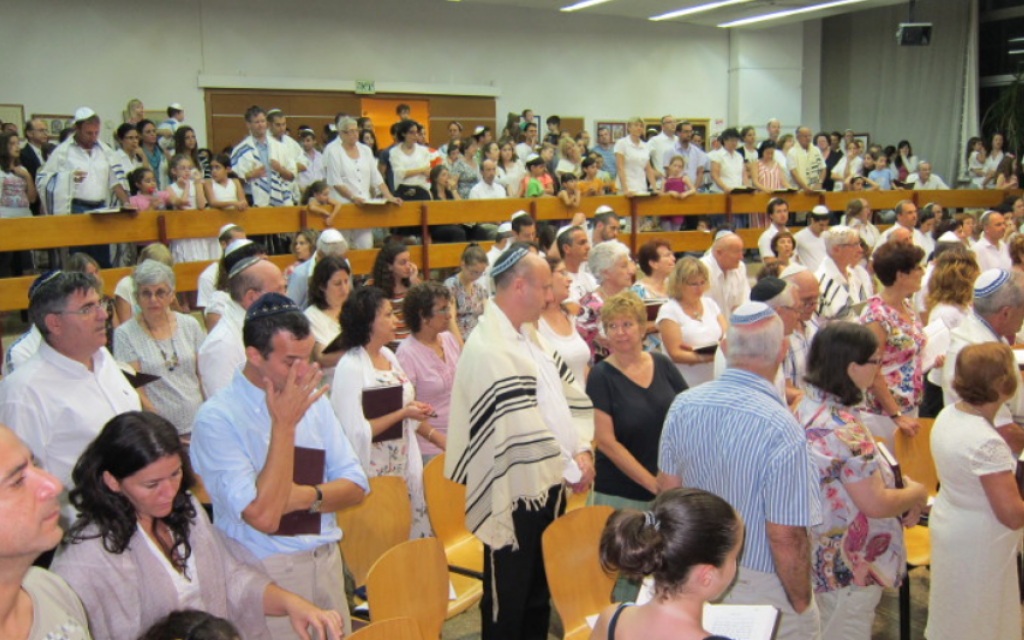 A reform congregation has won a legal battle to build a synagogue building in the central Israeli city of Hod Hasharon.

Kehilat Yonatan was established in 2001 as an independent progressive congregation. It is named after the son of his spiritual leader, Rabbi Michael Boyden, who moved to Israel in 1985 with his family from England. The Israeli paratrooper Yonatan Boyden was murdered in 1993 in South Lebanon.

The Lod District Court ordered Thursday the municipality of Hod Hasharon, a wealthy city a few miles north of Tel Aviv, to prevent delays in the project and to enable the synagogue to build on the plot that originally landed in 2013 was assigned, after repeated use requests for a plot to build the synagogue and the education center. The court also ordered the municipality to pay approximately 8500 $ in legal costs to the synagogue.

The congregation was represented by the Israel Religious Action Center, the Israel advocacy arm of the Reform movement. According to her, the project was subject to excessive bureaucracy because it concerned the reform movement, according to Haaretz. First it applied for a ground for a synagogue 15 years ago.

Hundreds of local residents attend high-level holiday services in the synagogue and thousands follow lectures and other programs throughout the year, Haaretz reported.

"We are home to thousands of Jews who want to develop a modern Jewish lifestyle in a country that calls for religious pluralism and alternatives." Our educational campus, unlike any other in the area, attracts Israelis not only from Hod Hasharon, but from the whole region Through our creative approach we have been successful in connecting old and young, families and singles with their heritage, "said the Congregation on its website.

It states that it has raised $ 1 million from the $ 2 million needed to build and plan the planned 13,000 square foot synagogue.