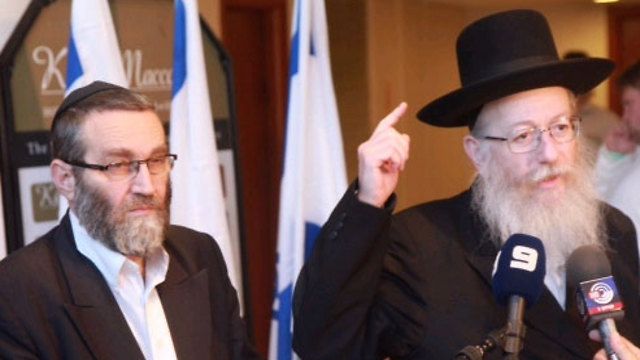 The internal span in Likud-led government of Israeli Prime Minister Benjamin Netanyahu on the construction of a new bridge over the often heavily overloaded Ayalon Highway in Tel Aviv, continued on Thursday evening, when ultra-orthodox lawmakers allegedly told Netanyahu "back from the bridge. to go "story".

Highly-placed MP (Knesset), Moshe Gafni of the ultra-orthodox party United Torah Judaism criticized Netanyahu on Thursday night for "getting involved" after the prime minister had offered the government's first comment about the canceled works of the bridge, which were initially planned to take place in the course of the six Saturdays (Shabbats).

Netanyahu said he did not consider it "reasonable to block traffic in the middle of the week" Haaretz.

"I think this is clear and will be taken into account," he added.

"He should not have been involved, and the last time he intervened, it did not help us.This reality, in which we have to abstain from turning the Shabbat in the state of Israel to a secular day of construction work, is obligatory, and eventually it will be so. "

"He probably is not aware of what is happening in the country," Gafni told a predominantly ultra-orthodox audience at a conference in the city of Bnei Brak on Thursday. 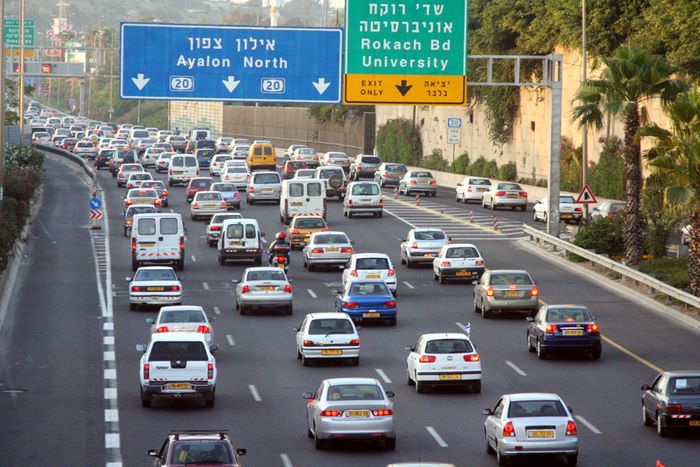 The Israeli Transport Minister Yisrael Katz responded less than 24 hours after the announcement on the building plan and called the action "excessive and unnecessary", and ordered the municipality to reconsider and record a new plan for the bridge, presumably to avoid further confusion The ultra-orthodox community of Israel in a move that violates a law that he reportedly has advanced.

About a year ago, Katz asked the Legal Adviser of the Ministry of Transport to issue a ruling that prevented the authorities from interfering with public infrastructure works that took place on the Jewish Sabbath.

The relocation by Katz was welcomed by Gafni who praised the decision while joining a number of ultra-orthodox lawmakers who, according to Israeli Hadashot TV Netanyahu told us to "make the story of the bridge disappear."

"Do not get in and provoke us The briefing you gave before you left damaged us, it was a form of media terrorist attack," they told Netanyahu according to Hadashot TV. "The Ayalon Highway was recently closed for a parade, it was also closed for a sporting event, along with other central roads, and nobody said anything," Gafni said on Thursday, apparently referring to Gay Pride Parade in Tel Aviv.

However, the parade did not see the closure of Ayalon, but a month later it was briefly blocked by LGBT protesters who protested against surrogacy for gay couples.

The construction on Shabbat is yet another problem that divides the government of Netanyahu, which is dependent on the support of ultra-orthodox parties.

The most controversial issue is the exemption of ultra-orthodox students from Israel's mandatory military service.

The Israeli founder, David Ben-Gurion, granted the first exemption while Israel fought for its existence. The ultra-orthodox, or "Haredim," said they would be an army for God. In the course of time, the number of yeshiva students exploded, and political considerations led to extensive exemptions for ultra-orthodox people. This caused an ever-increasing break in Israeli society – a society in which secular and religious Zionist Jews serve in the army, while the ultra-orthodox script is used.

In 2014, the Knesset passed the Equal Services Act, marking the first time in Israel's history that ultra-Orthodox Jews were given the mandate to join the military. The law provided for criminal sanctions for ultra-orthodox Israelis who failed to enter service.

The decision was received with massive protests from the Haredi community, and in the end the law was changed to no longer stipulate criminal prosecution of draft dodgers.

In September last year, the High Court annulled the Equal Service Law and decided to delete the changes made, reducing the annual quota of ultra-Orthodox soldiers employed by the IDF.

Last month, the legalization of military service for ultra-Orthodox Jews passed the first test in a divided parliament, with the first of three readings being met.