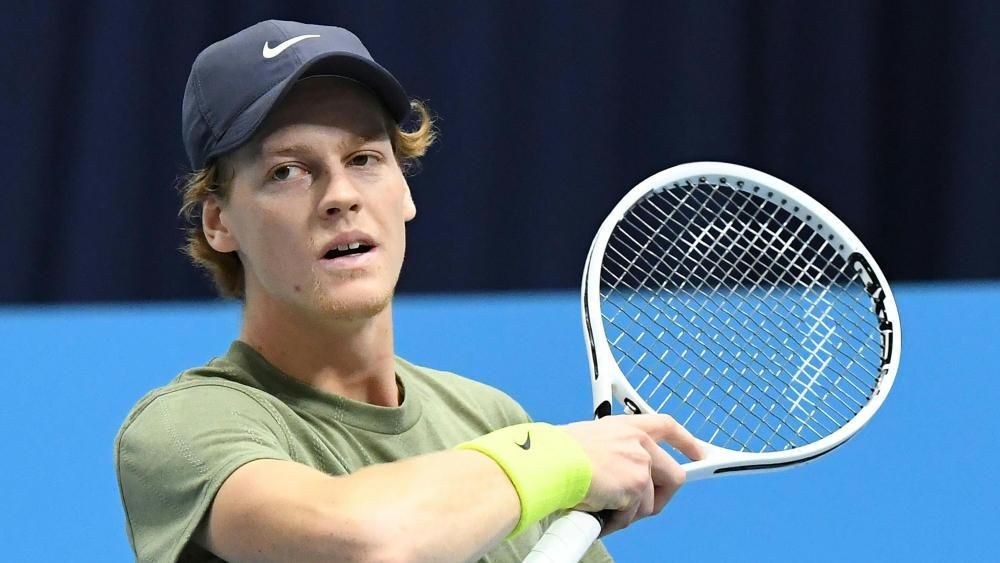 Jannik Sinner also passes the second round at Sofia’s ATP 250 and flies to the quarter-finals, where he will face Alex de Minaur. The blue beat Marc-Andrea Huesler in straight sets (6-3 6-4)24-year-old left-handed from Zurich, # 149 in the ATP ranking, lucky loser in this tournament. A decent game, which Jannik controlled from start to finish and never lost his serve. And it was precisely the effectiveness and consistency of service performance that supported the blue in today’s game, which ended with excellent marks: 62% of the first in the field and 86% of the points won with the first (32 of 37).

When Sinner serves so well, he not only scores direct points, but his entire game of spins: he is confident in the push, he builds up those progressions with powerful and precise forehands and backhands, which ‘eat’ the field to rivals and make room for them to fall out.. Fast with his feet, very centered on the basics, Sinner showed a game that was clearly superior in quality and completeness compared to his opponent. Jannik’s shots were more accurate and consistent, every time he switched more than 3-4 shots, the blue managed to get the Swiss into big trouble. With the backhand cross, fast and powerful, Sinner often forced Marc-Andrea’s foul, especially by squeezing him in the counterattack and uncovering some slowness in the change of direction; with the forehand, he found several gears that left the Swiss firm, both with sudden changes down the line and pushing for progression in cross. Huesler held out thanks to his excellent first serve and insistence on the combination of left-handed service and aggressive forehand, a decent weapon; but when Jannik managed to answer and started moving him from the center of the field, Marc-Andrea’s technical limitations came to the fore. Huesler showed decent pushing qualities, but also several issues with sensitivity and tactical sight every time Jannik got him to play in tricky positions (especially when he left the serve, when Sinner responded well). Sinner had a little difficulty in the games where the former didn’t come in and Huesler was able to influence the response, taking big risks. Fortunately, Jannik generally did well in the game and even today confirmed how the performance of his first game is decisive for his game.

Here is the match report.

It starts just before 5pm, with the blue at the bar. External service and win in advance. Exactly the same pattern from the left. Four first serve and four points for Jannik, to reiterate the importance of the first in the young Italian’s tennis economy. He starts out very aggressive, even when answering, Sinner’s tactical plan is to leave no room for his rival’s strength (almost six feet high). Huesler’s strokes are powerful and fairly round, especially the forehand, causing Jannik to hit a few balls badly. We’re going to get to the benefits and there’s a breaking point for the blue, but the Swiss is cold and scraps it. The set progresses after the service turns, with a double thrill for Sinner in the fifth game, when he faces Huesler and declines these two break points (not consecutive). Marc-Andrea benefits from his powerful first serve, a whopping 6 ace in the first 3 rounds of serving, along with several other first and powerful attacks that get blue in trouble.

Jannik finally finds rhythm to answer in game eight, let’s get to the perks. A double fault for pushing excessively costs the Swiss a delicate breaking point at 3-4. Serves winger Huesler very well, a fast slice ball that Sinner doesn’t control with a backhand. The Swiss player, however, combines a disaster on the following point: he only hits a right to push on a reaction controlled only by the blue, and the ball flies very long. It is the second break ball. Another double mistake! Here is the break for Sinner, after 38 it serves for the first set with a 5-3 lead. After a first mistake, he first finds an Ace and another good one. Jannik was very good at running forward and touching a ball poorly centered by Huesler. 40-15, two set points. Ace! Sinner ends with 6-3, a not so easy set, which was played on a few important points and sparse exchanges. Outstanding performance of the Italian at bat: 4 ace, 86% of first in the field and two break points saved on two.

Second set, it starts with Huesler at bat. Sinner gives a few points that are not usual for him, Marc-Andrea gets 1-0. Jannik responds safely, supported by the service and with very specific rights. 1 even. We’re moving forward without too much jerking up to game six, the first to the perks in the set. Marc-Andrea is brave to take risks even with the backhand, the least sensitive and precise shot. The blue doesn’t lose patience, I work the exchange with the forehand and close after opening the field. 3 even. Huesler tries to surprise Sinner with serve and volley, but Jannik’s answer is a sentence. He finds an exceptional with the right long line, the ball flirts with the line, Huesler can only see him pass. It’s a break ball, the first of the set. And the first does not come in … Marc-Andrea still on the net, Jannik reacts with a low and malicious ball, the Swiss can pull this well, and the blue misses the next passer-by. A trivial mistake costs Huesler another breakpoint. Again without first in the field and … more Double Foul! Just like in the first set, a double fault condemns the 24-year-old from Zurich, BREAK Sinner, 4-3 lead and serve, two steps from victory. It serves to close on 5-4 Jannik, and starts with an Ace. Follows one of his deadly progressions, pushes and opens the field, 30-0. There is a double fault, an excess of thrust with the second, but then another external trip from the left that Huesler cannot control. Double match point sinner. Just the first, first and turn right. 1 hour and 19 minutes from a good Jannik, who can definitely have his say in this tournament.