China beats Google and conquers the supremacy of quantum

italy December 5, 2020 italy Comments Off on China beats Google and conquers the supremacy of quantum 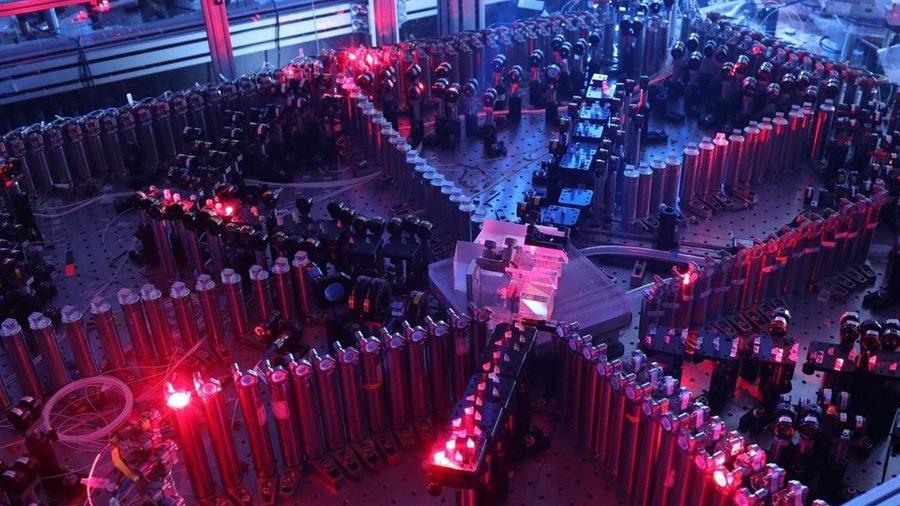 Just over a year away from the United States, China is also conquering the so-called ‘quantum supremacy’, which shows that its new Jiuzhang quantum computer, based on light particles (photons), can perform such a calculation in just 200 seconds. complex that a traditional computer takes 600 million years. It is a historic milestone, published in Science by the Jian-Wei Pan group at the University of Science and Technology of China, that marks a turning point in the race for the computers of the future. “This is the beginning of a new era of computing,” said Fabio Sciarrino, a professor of information and quantum computation at Sapienza University of Rome. “Achieving quantum domination, which we prefer to define ‘quantum advantage’ today, shows that we have gained complete control over the technology at the hardware level to solve otherwise impossible problems.” The first to do this in 2019 were the Google researchers, who showed in Nature how their quantum computer Sycamore managed to solve in just over three minutes an operation that would have taken 10,000 years for a traditional computer: thanks to a processor with 53 qubits (the information units of quantum computers) made up of as many superconducting devices placed in a square matrix to communicate with each other.

Will our digital souls be chewed by Google’s quantum supercomputer?

The Jiuzhang computer, on the other hand – explains Sciarrino – used about seventy photons moving along waveguides that are linked to certain 3D geometries: the interference they cause on the propagation of light gives the data processing. for one measured by detectors that give the final result “. The approach is therefore very different and that also applies to the implementation. “Jiuzhang appears to be a faster machine than Sycamore, compared to traditional computers – the expert points out – but unlike Google’s machine, the Chinese one is not programmable to solve various problems.” Getting the quantum advantage using two different paths “shows how fast and maturely the field is evolving,” notes Sciarrino. “At present, these two machines have not yet solved a useful and practical problem that could be beneficial to physics or economics, but they open new perspectives for many possible applications, starting with cryptography.”

According to the team of researchers, no traditional computer can do the same task in a reasonable amount of time, and the improvement of classical algorithms or hardware is unlikely to bridge this gap. According to the study, Gaussian boson sampling, a classic simulation algorithm, was used to provide a highly efficient method of demonstrating quantum computing speed in solving some well-defined tasks. The average number of photons detected by the prototype was 43, while up to 76 photons were observed at the exit. The Jiuzhang quantum computing system can implement large-scale Gaussian boson sampling 100,000 billion times faster than the world’s fastest supercomputer.

This is how the moon was born: the discovery thanks to a supercomputer

The group also said the new prototype will run 10 billion times faster than Google’s 53-qubit quantum computer. “Quantum advantage is like a barrier,” explains Professor Lu Chaoyang, a lecturer at the University of Science and Technology of China. “It means that when the capability of a new prototype quantum computer exceeds that of the most powerful traditional computer available to perform a particular task, it shows that progress can likely be made in many other areas. ” The breakthrough is the result of 20 years of Pan’s team effort to overcome several important technological hurdles, including the use of a high-quality photon source. “For example, it’s easy for us to take a drink of water whenever we want, but it’s hard to drink just one molecule at a time,” explains Pan. “A high quality photon source only needs to ‘release’ one photon at a time and every photon has to be exactly the same, which is a real challenge.” Compared to conventional computers, Jiuzhang has currently proven to be a “champion” in only “one area” of work, but according to the research group, its supercomputing capabilities have potential for application in a variety of areas, such as graph theory, machine learning, and chemistry.