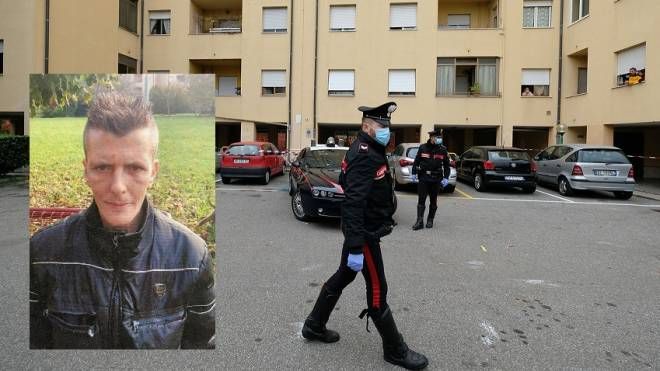 Monza, November 30, 2020 – A 14 year old and a 15 year old, they were uncensored stop by the carabinieri because they are suspected of it e 42-year-old Cristian Sebastiano has been stabbed to death, in the neighborhood yesterday San Rocco a Monza. This was confirmed by the Prosecutor of the Republic for minors of Milan Ciro Cascone.

The studies, carried out by the Carabinieri of the Compagnia di Monza and the research unit of the capital, have enabled us to, through a careful analysis of video surveillance images, how the two boys were present at the crime scene, reconstructing the path from the murder scene to their respective homes like puzzle pieces. The information collected on the spot and the house searches made it possible find the murder weapon (a kitchen knife) as well as the used clothes (some of which were found in the washing machine and still stained with blood). The motive of the gesture is probably due to the context of drug trafficking and drug addiction cas emerged in the warranty inquiries carried out by the Milan prosecution service, the Monza prosecutor’s office and Carabinieri. One of the two is said to have told the investigators that he did this “to punish him for having me.”I’ve become addicted to drugs “, but the motive is still under investigation.

The murder, a fatal stab in the throat

Sebastiano was lured into a trap yesterday at lunchtime under the arcades of public housing in via Fiume 14. The victim, who had a drug history, lived a stone’s throw from where he ended his life, at number 11, across the street. Before he died, he fell for to meet someone, two people second some witnesses. He was hit in the face with two stab wounds. A death to the throat. Some passers-by were found on the ground in a pool of blood, dying. When the help arrived, it had already expired, they could not help but determine that his heart had stopped beating.

On Sunday, the Monza Company carabinieri heard immediately testimonials from residents and passers-by. The images of the video surveillance cameras of the area. On the spot also the men of the Corps reliefs of the Arma who carried out all scientific research in search of footprints, biological traces ldropped off by the killer and to identify the type of knife with which Sebastiano was killed.