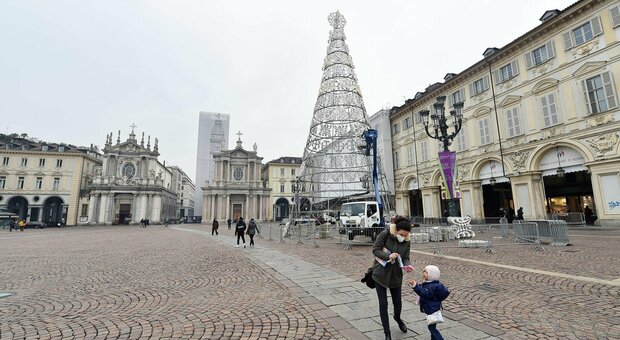 Christmas at the time of Covid is armored. From “a yellow strengthened”, to quote Giuseppe Conte. After a long battle that took place at night in Palazzo Chigi, the line of “maximum caution” prevailed in the government. Indeed: of the “maximum severity”. In the decree that will be adopted between today and tomorrow, there will be a ban on crossing regional borders from 21 December, except for those who have their residence (will be assessed) in another Region. Nothing family reunion and visits to grandparents, in short. And no second homes. In addition, the measure will be tightened at Christmas, Boxing Day and January 1, when it will be prohibited to leave your own municipality. Larger mesh, on the other hand, for bars and restaurants that may remain open on December 25th and 26th (until 6pm). In addition, cruises are prohibited during the holidays.

READ THE EDITOR: Gap to bridge / Closed schools harm the quality of tomorrow

For the rest, confirmations have been received from the night summit: busy dinners and parties will be banned, the Christmas Eve mass will be brought forward to 8pm due to the 10pm curfew, also in effect on December 25th and New Years Eve. Lunches, afternoons of bingo and family dinners “highly recommended for family members only”. And no vacation in the snow.
“We must remain scrupulous and careful,” said ministers Roberto Speranza and Francesco Boccia in the morning to regional governors calling for the measures to be relaxed. “We need to avoid the third wave of the epidemic and overlap with the distribution of vaccines,” Conte told the leaders of the majority group a little later.

To prevent a new wave of infections due to the Christmas holidays, the government has established two pillars. The first: prohibition of crossing regional borders (even if all of Italy is in the yellow zone) from December 21 to January 6-10, unless one reaches his place of residence (perhaps his place of residence is granted). The second: confirmation of curfew from 10 pm Objective: To avoid “the traditional Christmas society”. Because, as experts say, “more than 80% of infections run in families”. And, as Boccia, Speranza and Dario Franceschini, standard-bearers of the hard-line, state: “you cannot repeat the mistakes of August, when there was still ‘free everything'”.

But the game got complicated. During the meeting between Conte, Speranza and the group leaders, the topic of second homes came up. Especially the knot of family reunification: the possibility to spend Christmas (despite the closure of regional borders) with elderly parents, grandparents, first-degree relatives living in another region. And for off-site students to go home. Well, the Prime Minister, who fears “the country’s psychological stability”, has not closed the door. Speranza and Boccia, on the other hand, showed their determination not to allow any deviation in order to prevent “Christmas migrations and spread of the infection”. And because, as one source said after the file, “allowing family reunification would lead to interpretive chaos and the impossibility of control.” In the words of Boccia: “The deviation could undermine the grip on the contamination nuisance”.

The second problem that exploded at Palazzo Chigi was the closure of the mountain hotels from December 21 to January 10, accompanied by a cessation of skiing and quarantine for those returning from abroad. More than one group leader noted that this measure poses problems. This time too Conte shared the confusion: “We need a reflection”. The third problem was the government’s proposed closure of the restaurants on Christmas and Boxing Day. Here too the majority (not only from Italia Viva) received a reflection request: “All buildings must respect the protocols, so the tables will not be possible”.

In order not to send Speranza to Parliament today with an incomplete plan, Conte decided at that time to convene an emergency meeting with the heads of delegation. And until the evening, another tug of war between Franceschini, Speranza, Boccia and the Prime Minister, Alfonso Bonafede and Teresa Bellanova.

It ended with winning the top three. No to the derogation from family reunification. “It will not be possible to be with the grandparents for Christmas. That’s right, they need to be protected, ” explained a minister. And with the ban on being allowed to cross municipal boundaries at Christmas, Boxing Day and the first of the year. The ‘aperturists’ had to be satisfied with the bars and restaurants that were active on May 25 and 26, such as (perhaps) the mountain hotels during the holidays. We are still working on this last point.

Two measures will be taken between today and tomorrow. The new Dpcm expiring on January 4 and a decree containing the measures dedicated to the Christmas Squeeze, to restrict personal freedom with a rule of legislative rank.