italy January 17, 2019 italy Comments Off on The migrating teenager died at sea with the report card sewn into his pocket 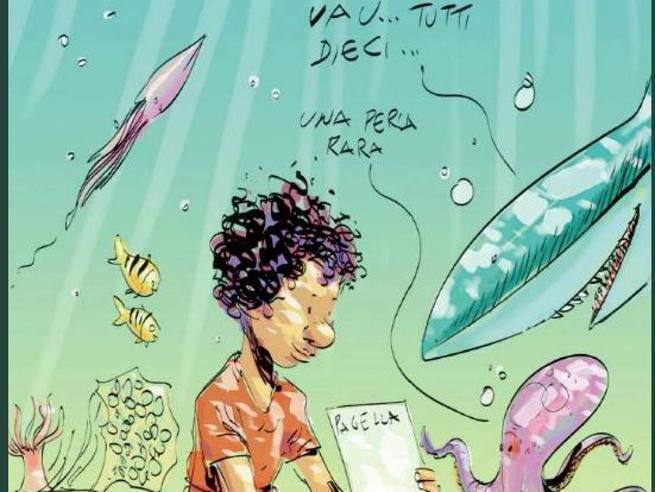 The report card was carefully folded and sewn into a bag, so as not to lose it: perhaps it was only a question of pride, perhaps (and this is already hurting) had to prove that the 14-year-old boy came with good intentions. Now useless: the owner, something more than a child, died in the Mediterranean. The report card was found by Cristina Cattaneo, a forensic doctor in the Labanof laboratory (the forensic anthropology and odontology laboratory). The 14-year-old came from Mali, trying to find a better life in Europe. His story, the little that we know of it, in the faceless Naufraghi (Cortina Editore) told the book that was just published by Cristina Cattaneo. The designer Makkox has already commissioned the boy with a cartoon Il Foglio.

The teenager was on the wrecked boat on April 18, 2015, where 58 people died, to which hundreds of misses are added: it is estimated that the victims were between 700 and 900. His body immediately attracted the attention of doctors: he felt that it weighed less than others, Cattaneo explains in the book. He wore a jacket that looked like a quilt, a scream, a shirt, and jeans. From the analysis of the bones, the not yet melted wrist, the iliac top not fully formed, it turned out that it was still little more than a child: I immediately understood that they looked at the body of an adolescent – says the anatomopathologist – . The bones are formed by the union of several smaller parts that occur during the merging process. Their dimensions and their degree of fusion mark the different ages. In that case the bones of the wrists, he explains, we descended at 14 hours and he was our youngest "boy".

Migrants died in the Mediterranean Sea, the pathologists at work to identify them

When the doctors started to undress, they found the report card: While I felt my jacket, I felt something hard and square – Cattaneo writes in Nashfraghi without a face -. We cut from the inside to repair, without damaging it, whatever it was. I found in my hand a small piece of paper consisting of several layers. I tried to expand them without breaking them and then reading them: Bulletin scolaire and in the column the words had faded a bit mathematics, physics of sciences… It was a report card. "A report card", some of us repeated themselves out loud.

We all thought the same thing, I'm sure: with what expectations this young Mali teenager remembers Cristina Cattaneo – she had so carefully hidden a document that was so valuable to her future that her efforts demonstrated her capacities in the study, and that she thought he would open which doors of an Italian school or European, now reduced to a few faded pages ?? s watered in rotten water? Perhaps the bitterest: a world without mercy that a 14-year-old knows he has to prove that he is good to be welcomed and helped.

Even this was not enough for the Malian boy to look for help that died at sea. Last year alone, at least 2 thousand people lost their lives in the Mediterranean, according to data from the International Organization for Migration. The OIM estimates that in the past 15 years about 30,000 deaths occurred at sea, 5,022 in 2016, the year in which so far more victims have fallen on the Mediterranean cemetery. 60% of people who die while trying to come to Fortress Europe remain without a name. Cattaneo worked in an experimental project with a task force to name the migrants who were victims of shipwrecks and to establish a standard procedure. The pilot experiment was carried out on the victims of some of the most tragic shipwrecks in the Sicilian Channel, including those of 18 April 2015, when an Eritrean boat collapsed in the sea between 700 and 900 missing. Perhaps the biggest tragedy in the Sicilian Channel. In 28, 58 confirmed deaths were saved.