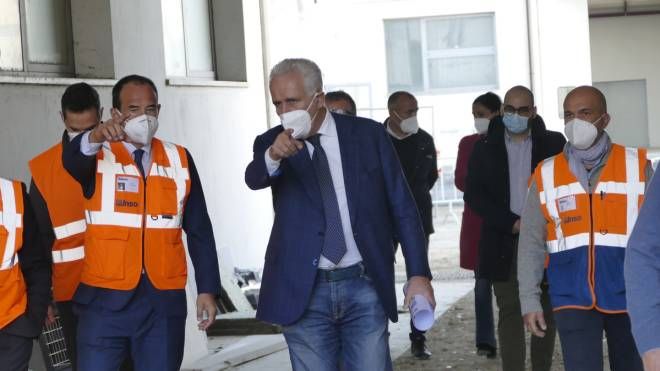 Florence, November 27, 2020 – La Tuscany should come back orange zone Friday December 4. This was announced by the president of the region Eugenio Giani in a video post on Facebook. Giani creates a real-time schedule of what will happen in the coming days. “We started in the red zone on November 15, we will finish on 29, so 14 days. At that point, I will make a provision leading to the first meeting of the Technical Scientific Committee, Thursday, December 3. red zone, or the return to the orange zone. We have the option of about twenty days, until Christmas, for less restrictions. “

“I’m not excluding the yellow zone for Christmas”

But Giani continues optimistically: “I do not rule out that of the following week (ie the one between 7 and 13 December, ed.). Tuscany he will be able to return to the yellow zone and celebrate Christmas in the yellow zone. I will try to solve some aspects of everyday life, such as taking care of the animals, which I will reopen, or the problems related to truffle collectors and hunters. Today we have 1117 infected, compared to the 2700 in the past weeks the situation is better “.

The point about the regions: who changes color and how

“But now we need responsibility”

The president is asking everyone “to maintain individual behavior, such as distance, masks. Much is through men’s behavior. The virus ignores the laws but is about the way people behave among themselves.”

What is happening in the orange zone

In a region in the orange zone, travel within the municipality is free residencein contrast to the red zone where even moving from home is not possible, except for reasons of necessity, work or health. In the orange zone, however, it is not possible to move from one municipality to another, except here also because of necessity, health or work. So it is necessary self-certification to go from one church to another. Nothing will change for clubs such as restaurants, bars and pastry shops. They will also only be able to sell take-out food in the orange zone. READ THE RULES FOR THE ORANGE AREA

The term of the red zone in Tuscany next December 4 “It is good news that on the one hand it gives us confidence, on the other it confirms that the limitations of the red belt and also the discipline, the behavior of citizens and companies have paid off. We are projected in the right direction in Tuscany. Florence. The data from the infection in Florence remains positive, we are now steadily below 400 positive cases per day. The mayor said so Dario Nardella, at a press conference held in Florence today.