Accident A14 Grottammare, closed highway and roads of the Riviera in battlements 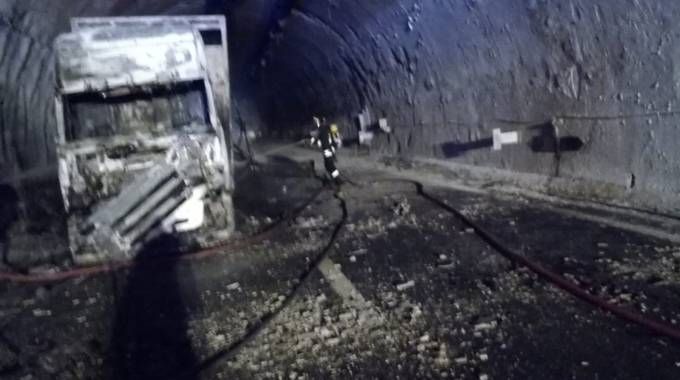 Ascoli, 25 August 2018 – A race against the clock to asphalt and now reopen the Castello sud gallery, which, under the high village of Grottammare, whose closure due to the tir came into focus on Thursday evening, literally paralyzed vacationers back north along the Adriatic Ridge. So if the red stamp was expected for the weekend weekend, yesterday the situation in A14 and on the roads of the Riviera delle Palme was very black. From & # 39; s until about 8 pm, a single car snake has traveled about 70 kilometers from the nearby Abruzzo at a walking pace, until the stop, heading north.

In San Benedetto soon all other veins are hidden, from the waterfront to the Gasperi avenue, to the center. And the situation was not better between Grottammare and Cupra where, among other things, a scooter driver was hit by a car and transported to the emergency room. A real odyssey, aggravated by the still high temperatures of this end of August: "Listening to Isoradio has advised us to go out in Val Vibrata – explains a tourist returning from Puglia – we are queuing for about one hour and we have to go to Milan, but here too there is a beastly traffic ". And from the note from the company Autostrade the traffic situation remains critical until at least Sunday: "In order to enable the restoration works of the tunnel and the partly heat-sealed road surface, the stretch is closed from Porto Sant'Elpidio to Grottammare, in a southerly direction.A motorway Bologna-Taranto This is because – according to Autostrade per l & # 39; Italia – in view of the heavy traffic on the other side of the road, where there is 10 km of tail, it was not possible to exchange an exchange office. »There is also there is "significant damage on the inside of the arch – the company communicates – which will not permit the restoration of the lane to the south in the short term and this will also cause problems for the weekend".

Everything would have been caused by the loss of a tire from a truck who wore clothes. The friction with the asphalt would have caused the sparks and the fire, which soon enveloped the heavy vehicle. For A.B., the truck driver from Campania, the worst was feared on Thursday night. The witnesses had heard loud explosions before the fire in the tunnel. Instead, he was rescued from the fire damper by an employee from the motorway company who had accompanied him to the nearby Grottammare toll gate, a few miles further south.

On the other handat the entrance to the gallery, the firefighters were instead in front of the smoke wall and flames with very high temperatures that caused damage to the tunnel, among other things put to work a few months ago. A technical table was urgently convened in the prefecture of Ascoli and a subsequent meeting of the Cov (Operational Committee for serious traffic), which saw the first of the leaders of the traffic police in Ascoli and Fermo. Alternative routes are also recommended, even detours from Bologna and travel in the direction of Pescara to the A1 Milan-Naples and then the A24 Roma-Teramo, only to prevent the Adriatic ridge from being overloaded again.