Accident in Mineo on Catania-Gela, one dead and 5 injured in the collision between cars & trucks: 18 victims in August 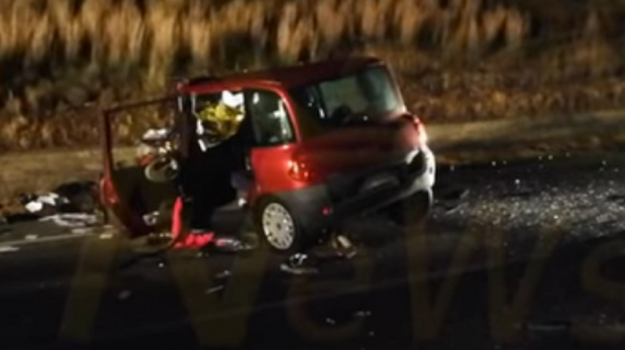 Tragic accident last night on the provincial road Catania-Gela on the territory of Mineo. In the collision between a Fiat Multipla and a truck, a 49-year-old man died, Antonio Nicosia, while another five people were injured.

The victim was at the helm of the Multipla, with four other passengers on board, who, due to pending investigations, collided with the truck with vegetables, whose lorry driver had also been injured.

The five wounded are recorded in Caltagirone. Firefighters, carabinieri and traffic police intervened on the spot. The Procura di Caltagirone has ordered the opening of an investigation.

The death toll on the August road in Sicily is therefore becoming heavier.

This weekend, a dead and five wounded had already registered, reducing the total of those who lost the victim in this month to 17 years. Today, therefore, death is the eighteenth of August.

Saturday night Drin Costi Ghimbu, 42, Romanian, died along the provincial road Comiso-Santa Croce Camerina. The man, who was riding a moped, bumped into a BMW that drove from Santa Croce to Comiso.

Before he died, an eighteen-year-old, Jason Buglio died in Cannizzaro hospital in Catania for the aftermath of the injuries reported in a car accident in Aci Bonaccorsi: a car crashed on his scooter.

A few hours before Jason lost a 26-year-old girl, Valentina Angileri, her life, died in a car accident on the outskirts of Marsala: has lost control of him Fiat 500 and crashed against the wall of a house.

Six people died in the days of mid-August. Especially tragic the incident in which a 6-year-old child died in the hospital after a collision between two cars: the car on which he was driving was traversed by an iron pole that was used as a side rail of the roadway that crushed him. On the Palermo-Agrigento Nicolò Russotto, 59, of Casteltermini lost his life in the collision between a refrigerated van with poultry and a car. On the motorway A19 Palermo-Catania, on the territory of Centuripe, a very serious accident resulted in two deaths and three bad injuries. The two dead are both 23 years old Emanuele Bellia and Roberta Cucchiara, overwhelmed when they got out of the car.

Deadly clash also in Trapanese in a fraction of Custonaci, Purgatory area. To lose his life Michelangelo Giano, 28, a hawker from Trapani who made a living selling coconut on the beach of San Vito Lo Capo. Instead, he died at the Garibaldi Centro hospital in Catania the nineteen-year-old Ivan Pellegrino from Belpasso. The young man sat aboard a Fiat 500 in the night from Saturday to Sunday together with other boys in the vicinity of Rifugio Sapienza, on Mount Etna. They took home the Sp 92. But the driver would lose control of the car that ended his run against the concrete and lava stone walls that run along the road.