all the latest news for the counterexodus 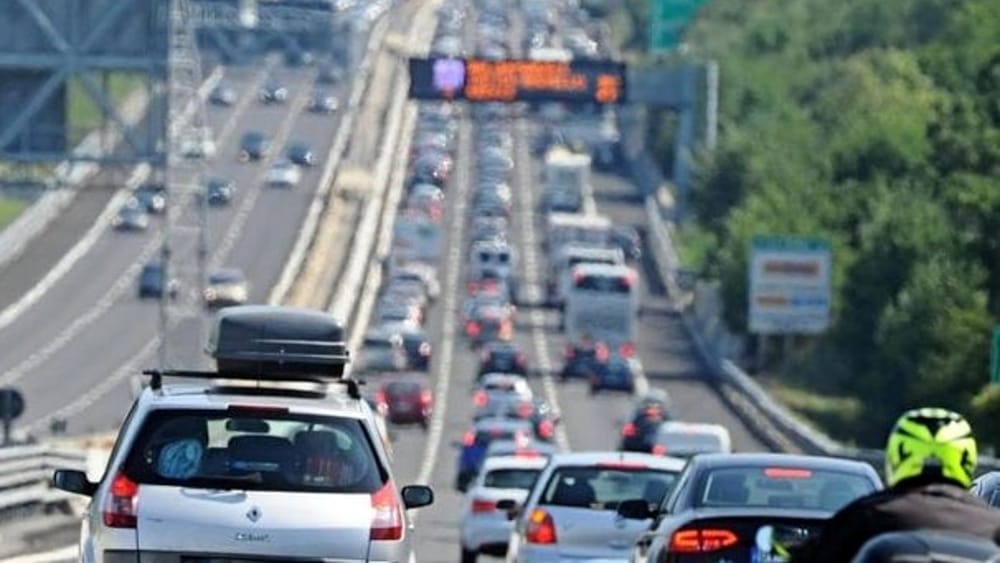 First returns at the beginning for the 21 million Italians who have chosen to give themselves at least one day's holiday from home during the month of August. This emerges from an analysis that Coldiretti / Ixè announced in the first weekend after mid-August, revealing the period of large yields.

Storms of "hot rain": the weather forecast for the next hours

The average duration of time spent home by holidaymakers, Coldiretti estimates, "this year was 11.3 days and for almost one Italian in four The duration is between 1 and 2 weeks and it is also confirmed – emphasizes the association – the custom, all national, to focus the departure in the month of August, which is by far the most popular of summer. "

Traffic and highways: when to leave not to spoil the holiday

88% of the holidaymakers, Coldiretti, stayed in national borders. If the sea has been the lion's share of more than 6 Italians at 10 (62%), in second place between the chosen destinations, the cities of art are equated with parks, oases, reserves and the countryside, followed by the mountain

Autostrade per l & # 39; Italia reports that shortly after 11.30 am on A14 Bologna-Taranto an accident occurred in stretch included between Vasto nord and Val di Sangro in the direction of Bologna . Four cars and a coach were involved in the accident, whose passengers were hired on a replacement unit. At the moment there are three wounded.

Currently there are traffic flows on one of the two available lanes and there are ten kilometers of tail . The local staff present activated the water distribution to the users in the queue.

Users going to Bologna are advised to leave at the station of Vasto in the north, take the SS 16 Adriatica in the direction of Pescara and return to A14 from Val di Sangro station. At the location of the event, in addition to the staff of the Direction 7th Trunk or Pescara, the patrols of the traffic police intervened, provided medical and mechanical assistance.

Highway A10: how to avoid Genoa

Please note that after collapse of the Morandi bridge in Genoa the section of the A10 motorway between the A7 Serravalle Genova and the Genova Aeroporto junction closed. There are plans alternative routes for those traveling on the A10

Who from Savona or Ventimiglia is on their way to Genoa or Livorno, can use the A26 Genua Voltri-Gravellona Toce, than the D26 Diramazione Predosa-Bettole and the A7 Milan-Genoa direction Genoa.

Whoever goes from Livorno or Genoa to Savona / Ventimiglia, can take the A7 Milan-Genoa, follow the signs to the D26 Diramazione Predosa-Bettole and then take the A26 Genua Voltri-Gravellona Toce towards Genoa and continue to Savona [19659013] Those who are referred to the port of Genoa and from Milan or Livorno can take the A7 Milano-Genova and the exit to Genova ovest, reverse route for those coming from the port to Milan or Livorno.

Those of Turin and Frejus bound to Livorno are advised to take the A21 Turin-Piacenza-Brescia, then the A7 towards Genoa and then continue in A12 Genoa – Livorno.

Against Exodus: the situation on roads and highways