Autostrade offers half a billion Di Maio: we do not accept alms 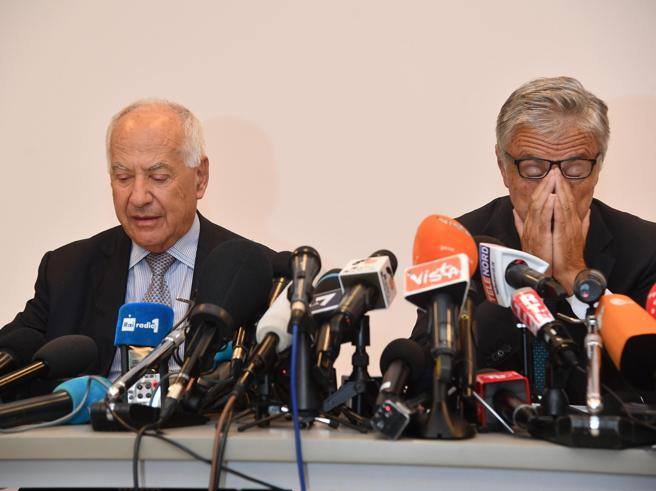 The "torment in the heart" to refute the widespread perception of indifference and cynicism in public opinion in the first few hours after the fall of the Morandi Bridge. But no "responsibility request" for "lack of elements", while we recognize the maximum possible cooperation with the magistracy who has already acquired video material. Giovanni Castellucci, CEO of Autostrade by l & # 39; Italia and his control company Atlantia, is presented 96 hours after the tragedy. During a very delicate press conference in Genoa, the top manager chooses to measure every word in order not to increase the resentment towards a government-attacked company. A driver who has just decided to initiate the withdrawal of the concession on the Genoa-Savona A10 and threatens to discuss the agreement with Autostrade by l & # 39; Italia, which manages almost 3,000 kilometers of motorways in Italy.

At his side is Fabio Cerchiai President of Atlantia, of Autostrade and of Edition, the vault of the Benetton family upstream of the control chain, sharing the bitterness and despair of the dead on the viaduct of the Polcevera. In addition to the words, Castellucci brings the current chroniclers (and all of Italy) a series of measures to reverse the route: "We provide half a billion euros for emergency management." And above all the "will to rebuild the bridge in eight months" which split into two, until Tuesday, Genoa and Liguria and the main gateway to the historic port of Sampierdarena and the terminal container of Voltri: "We have a project that will enable it to be rebuilt in steel, with less impact on the environment and compensating all those who are forced to leave their homes ". The Morandi Bridge, on the other hand, was built in the 1960s over a series of buildings, at a time when there was less urban sensitivity.

It is a will that now must be passed on to the government's control, which announces the battle, however. The deputy Prime Minister Luigi Di Maio immediately understands Castellucci and his family with a sentence that has the taste of the warning of what has just begun: a long, restless dispute with the Ministry of Transport, the subsidizing body. "The state does not accept alms from Autostrade – says Di Maio – we demand credible redress and no exchange will take place." He is repeated by Matteo Salvini who sees "only the minimum union" in this opening. What is certain is that Genoa is painstakingly trying alternatives to not losing any shares in port traffic. Autostrade will use its own resources, after obtaining the ok of the three commissioners of Ilva, to let more than 4,000 trucks per day pass through the Morandi, in the area of ​​the steel plant. From tomorrow no tolls are paid at the Genoa junction. A request came from different parts. Now Autostrade permissions, perhaps too late.