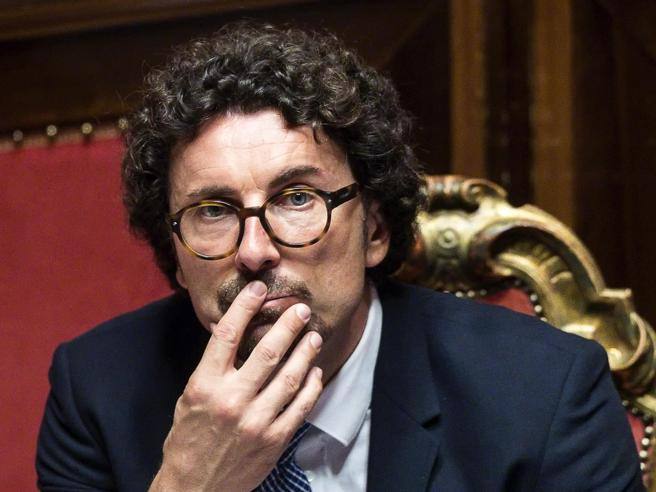 Minister, you have already asked for the resignation of the corner points of Autostrade, but the company replies no, because the causes of the collapse and possible responsibility must be determined by the judiciary, he says.

The fact that the investigations go their own way seems natural to me. Here we are at a different level, that of the occasion – says the Minister of Infrastructure, Danilo Toninelli. How can you think that the leaders of a company that was not able to avoid a massacre, doing what was contractually required, namely maintenance, can stay in place? just inhuman.

Autostrade a private company, the government can not force it.

The company was robbed, not the public service that had to guarantee it. That is why the request for dismissal is absolutely necessary in addition to being legitimate. In a civilized country they would not even have to ask.

Do you agree with Autostrade's proposal to build a steel bridge within 8 months or do you choose a different solution for other subjects?

There will be no exchange between works for damage to goods and goods, simply due and obvious, and the procedure for withdrawing the concession has already started. However, apart from that, the bridge rebuilds an obligation on the part of the dealer.

Ultimately, would the state today be able to build the bridge itself?

Difficult for the state to do worse than what we saw on August 14.

Do you want to remove the secret of the unknown parts of the contracts between the state and Autostrade and also from other concessions with other companies?

Absolutely s. There can be no commercial or state secret to the content of pre-eminently public interest. We are going to put an end to the opacity that guaranteed the inexorable pact between the old politics and certain economic powers.

Why did the government determine the "caducazione" procedure of the convention instead of the withdrawal?

In case the concession is removed from Autostrade, the charges for the state would still be high, up to 20 billion according to some estimates. cos? Or the nationalization, after deducting the initial costs, would it be useful?

It would be handy. Consider how much income and margins would return to the state through tolls, to be used not to pay dividends to shareholders, but to improve the quality of services and safety on our roads. Autostrade has collected 10 billion profit in 15 years.

If you continue with the caducation procedure, you will enter into a long legal dispute. What happens in the meantime? Sar Autostrade to manage the network?

Article 9 of the clear agreement: the concession holder remains obliged to continue the normal management of the operation of the motorways until the transfer of the management itself. And from now on it will have to do with the levels of maintenance and safety required by the contract and by law.

The Ministry's supervision structure can not ensure adequate checks on dealers. As a user we can not be comfortable. Do not you think this is the most urgent problem?

He does not believe that the five-star movement should be self-critical about some positions on the Gronda, beginning with having defined a fairytale the risk that the bridge collapses, and more generally the hostility towards large infrastructures?

The theme graces a false problem that is likely to be exploited in these days. We are talking about a work that would be optimistic in 2029: what does it have to do with a collapsed bridge in 2018? We are not absolutely against the great useful works. On the contrary, they need many in the country. But here there is another problem, of ordinary and extraordinary maintenance of the existing. That is exactly what they did not do with those of the great works that challenge us today and that instead have to apologize and then remain silent.

Undersecretary Edoardo Rixi (Lega) says that the Gronda is necessary and yes.

the cost-benefit analysis is under way. We have no prejudices, but only the common will to do it well without wasting a single euro.

Do we want to criticize the natural reactions of people who have experienced such drama? It seems absurd. Italians have understood how the Democratic Party embodied the policy of condescending attitudes to certain subjects and powers, which the parties have benefited in exchange for a systematic plunder of resources. At the expense of the Treasury and, tragically, of the security of civilians.