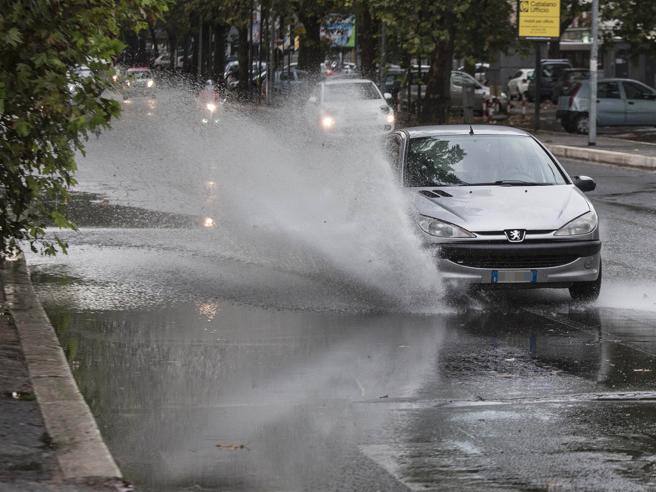 Cool rains arrive at the centronord. Do not let the sun get fooled by the clouds: according to www.ilmeteo.it the first signs of a bad weather weekend will be Friday evenings, with precipitation on the central-southern regions that will, Saturday and Sunday, turn into hailstorms and storms. . In the afternoon of Friday the bad weather caused the first inconveniences: a lightning bolt severely damaged the train's supply line, creating a traffic circulation between Bologna and Padua. The line is also interrupted at a second point, in Castel Maggiore, where they are still trying to determine the causes.

Where the temperatures will rain they will fall vertically: it is the result of a cyclone of Arctic origin that will invade Italy with cold air, both from mistral and from bora, which blocks the heat. Tit will even snowin the Alps above 1800 meters. In the Dolomites, 25 to 50 centimeters is expected at 2-3000 meters. The Arpav recommends the use of suitable equipment for those who want to enter the mountain paths, the journey of which will be made dangerous by the ice. The appeal is also focused on not repeating disasters like those of last Monday in the Raganello gorge. On Monday the heat will come back and with the expected heat increase we have to be careful with the risk of avalanches and avalanches, along the steepest fronts of the glaciers.

The decline to the south continues, particularly in Sicily and Calabria, where civil protection issued an orange level warning. In the Cosenza region, everyone still has the impression of the tragedy a few days ago. where the unprecedented weather-alert has cost the lives of 10 hikers. The region of Sardinia, swept by storms and gusts, has asked for the state of emergency for the government.