"Being is a circus, at the end Di Maio will sign with Mittal". Interview with Carlo Calenda about the Ilva case 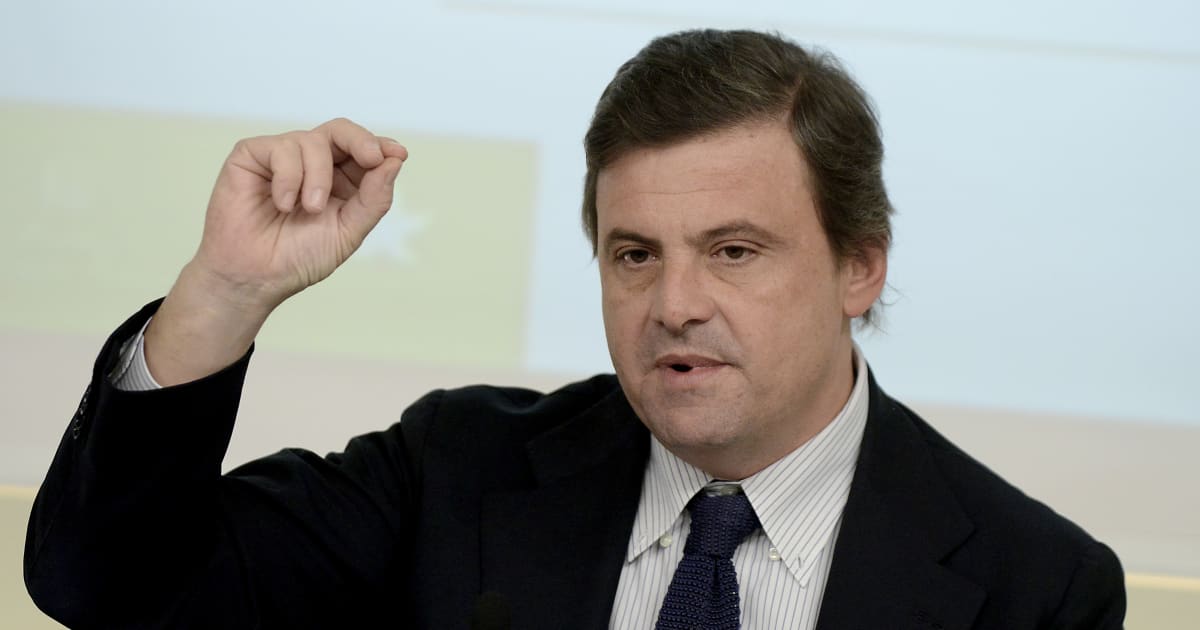 "Di Maio has set up a circus, not a government action, and at the end of this scene he will sit at the table to sign the agreement with Mittal". Carlo Calenda, former Minister of Economic Development, is the number one accused of the "perfect crime" against the Ilva di Taranto, summoned by Luigi Di Maio. Serious accusations, that of the new owner of the Mise, which are based on the critical problems that the Avvocatura dello Stato had raised in the advice on the validity of the tender.

Di Maio speaks of "perfect crime" by the state. He does not mention it directly, but the competition for Ilva took place when she was minister. Do you feel guilty?

"Absolutely not, the perfect crime is what Di Maio did to our intelligence when he declared that" the race is illegal but I can not cancel it ".

His successor speaks of an "illegal" tender and substantiates this judgment with the claims of the Avvocatura. Was the race spoiled by mistakes?

"The race was constantly followed by the public prosecutor, who gave three opinions, and by the European Union".

Let us discuss the details of the disputes. Di Maio accuses his government of having prevented the offer for Ilva from being re-launched and reports that the lawyer is right.

"When it comes to relaunching, the Avvocatura's opinion, which I asked Di Maio, is a clarity of diamonds".

What is he saying?

"It is also noted that the opening of a new selective phase, in this case, could hardly take place in the form of tenders." Sufficiently clear, I would say, in contrast to Di Maio, everyone can see it. I tell Di Maio now to ask for the advice of the lawyer, not in a month ".

We give Di Maio the suspicion of innocence. In this case as an answer?

"I speak about the opinion that is public and very precise, very punctual, I repeat: Di Maio's opinion I would like to see, because they are profaning from" everything ", as they said they wanted do with the motorway concessions, then they really do it ".

I insist. Once the advice is published, would it confirm the progress of the minister?

"Then the lawyer must explain why a year ago was very direct to explain why accepting the increases was impossible and not now, but I repeat: here we are discussing in the presence of an imbalance, that is to say, a familiar opinion compared with an unknown ".

We come to Di Maio's conclusions: the race is illegal but can not be canceled. How would you rate this evaluation?

"Mental chaos: You asked an opinion at the counter to know whether the tender was legal or illegal and then you say that the tender is illegal and can not be canceled? With what purpose did you ask for the opinion? he is unable to cancel the race and for this reason he does not see the opinion ".

Di Maio says that it is not enough that the law is unlawful to come to the cancellation of the tender and talks about the need to check whether the public interest has been harmed. Only then – it is reasoning – can cancellation be assessed.

"The same reasoning as before: if the public interest is to meet the outcome of the tender that there is reason to threaten the cancellation? The problem is that in the Coalition Contract and even earlier it was promised to close the Ilva and to Then the ministry became aware of what it would mean to also close Ilva from the point of view of political responsibility, and at that moment the only trick left was to say "it's Calenda's fault if I Mittal must close. And so be it, as long as it closes ".

"Because if you put 20 thousand families on the street, between Taranto and Genoa, the land would be flat" –

What will Di Maio do according to you?

"He will continue in the script to say at the end that he is obliged to make an extra effort to Mittal, who will do it".

Do you think Mittal is ready to give more guarantees in the field of employment?

"It will increase the recruitment from 10 thousand to 10,500 and provide a general guarantee for those who will remain outside the end of the extraordinary administration.It will be a worse agreement than ours, which is the immediate recruitment of 10 thousand people and the recruitment of another 1,500 in a society composed by the extraordinary management that the recovery and activities would have done, guaranteed for Mittal, we also offered a voluntary incentive to leave seven years cash and 100,000 euros ".

Di Maio says, however, that if other companies wanted to participate in the race, you could do it all over again. Is it a credible prospect?

"Do you think it's serious?" Serio organizes a consortium, as we did with AcciaItalia, who then lost because he offered a weaker offer: it is a circus, it is not government action. Economic development: do not you know if there is anyone interested in Ilva? Give the race ok, which you think is irregular, and then say "if someone comes along ..?" But we are serious ".

In short, Di Maio will close with Mittal at the end.

The minister invited Mittal and the trade unions to meet again and reach an agreement. The contacts, informally, in the days of August, but they were anything but positive. Why should we come to an agreement now?

"The trade unions know very well that Mittal can not accept 13,600 people because it believes that it manages the ILVA with 9,500-10,000 people after investments, the theme is to guarantee 3,600 people, and we made a proposal that reached the goal, but I saw a really surprising change of position ".

Who is he talking about?

"Fiom's secretary thundered the incentives to leave when we drove the deal, now she says it's good, she'll eventually do more than two thousand paced exodus, which was our proposal and the final guarantee will be given by Mittal in exchange for a discount on the price, instead of Invitalia, which was also a listed company, guaranteed more without the need for rebates.Foom and the CGIL refused to negotiate by saying that we were no longer legitimized, because that was their gift was to the government that was born, with the pen in his mouth, ready to sign ".