Captain Ultimo from tomorrow without an escort. "No to state mobbing" 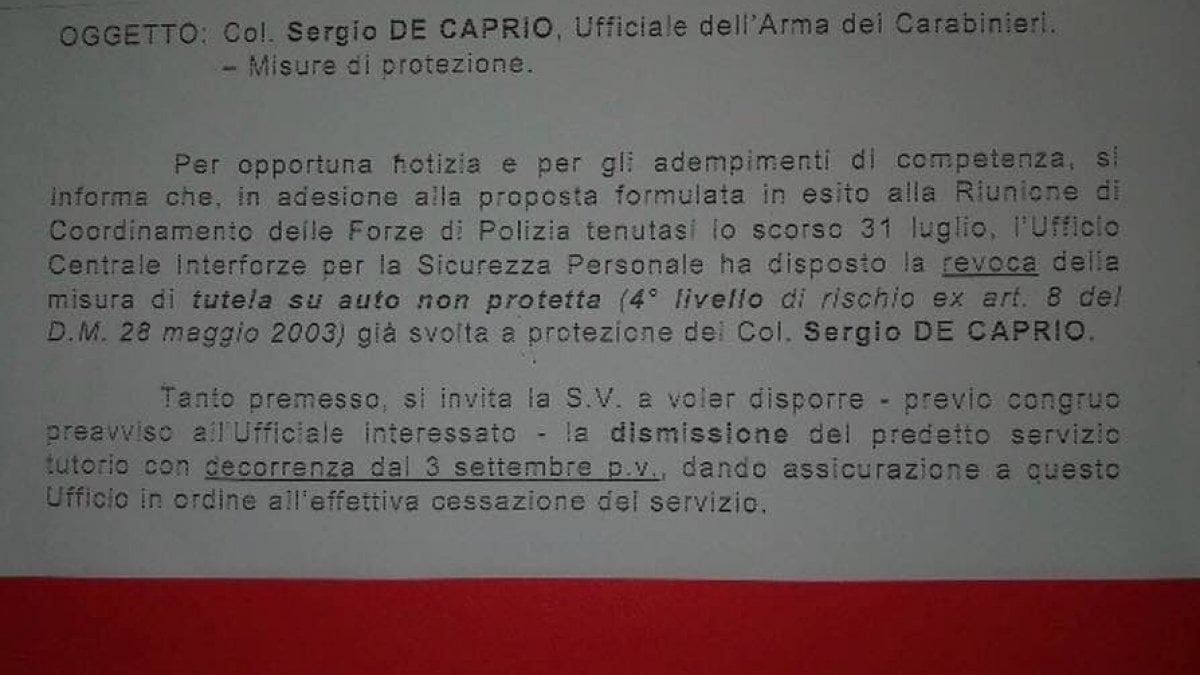 Tomorrow the escapement will be done for Colonel Sergio De Caprio, better known as Captain Ultimo. The carabiniere who arrested Totò Riina in 1993 is no longer entitled to the armored car.

The first to give news about the decision was Rita Dalla Chiesa in a message on Facebook. "The escort to Saviano yes, and to Capitano Ultimo no? ", Wrote the journalist, the call of General Carlo Alberto's daughter from the church, killed on September 3, was directed directly to the Interior Minister Matteo Salvini, multiplied the demonstrations of solidarity with Colonel De Caprio, by political and not -political representatives Yesterday, the firefighters of the SB organized a sit-in for the prefecture Catanzaro, on Change.org a petition was launched to reassign his escort, now the person in question also speaks to the withdrawal order.

"The worst are always those who stay at the window to see how it will end .. Always everything united against the mafia of Riina and Bagarella No omertà No bullying of state", is released in a tweet. The Caprio also quotes General Carlo Alberto Dalla Chiesa, publishes a video of his old interview and protests against "the injustice that supports the mafia of Riina and Bagarella and kills the fighters of the people". Also call the commander-general of the weapon. "The mafia of Bagarella and Riina are no longer a danger Dear mother, Once there was the safety of the citizens, who saw the commander of the Carabinieri Giovanni Nistri?"

Giorgia Meloni, leader of the brothers of Italy, also spoke about the affair and announced a question to the Interior Minister Matteo Salvini. "They want to take the escort to Ultimo, the man who arrested Riina, and Wednesday at Question Time in the first committee of the Italian brothers, he will ask Salvini to keep his protection." The heroes who have fought and who are fighting the Mafia must be supported defended by the state ".