Caserta, mayor against Feltrinelli: that guide in the south is a lawsuit 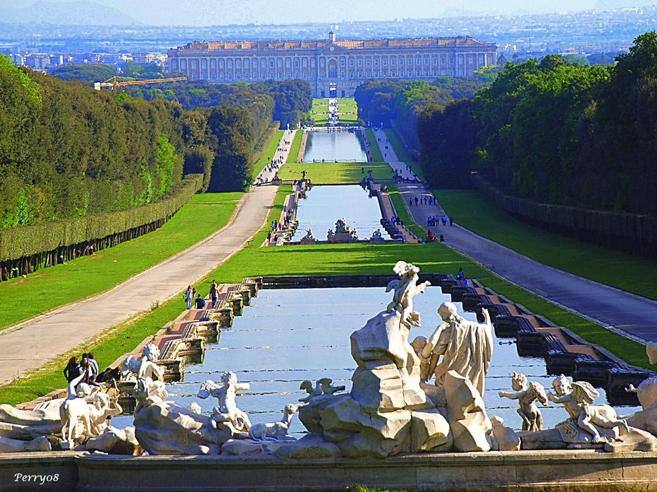 C & # 39; a bitter controversy in late summer – with not so veiled threats of slander's lawsuit – between the mayor of Caserta and the publisher Carlo Feltrinelli. The problem is a guide dedicated to the south and the islands that Caserta describes in a few words and a bit 'tranchant in truth'. Now, apart from that Caserta always has this problem, you take P.P. Pasolini (in 1970 the delightful and deserted medieval village of Caserta Vecchia as location for the Decameron) that described the city very quickly and without too many compliments, in short, he did not like it at all, but to emphasize that this guide, South -Italy and the islands by Ros Belford, 2016. So it is two years ago that nobody noticed the above statements. But then, come on, these are summary guides, some clues, and so on. In particular, Caserta is anonymous and incongruously surrounded by a series of industrial complexes and warehouses.

Maybe not anonymous, you could say that it is very important. The critic Goffredo Fofi jokingly said that it was a small Athens, and then there are restaurants and nice clubs, one of the best pizzerias in the world, a beautiful nightlife, two or three stores that are a must in terms of fashion trends . Admittedly, the industrial complexes are fortunately part of modernity. Indeed, for averceli, your campa is not only for tourism and beauty, but they need money to visit the aforementioned beauties and keep them in shape: long live industry and industrial architecture (maybe we let it work well).

Second only for Versailles

Technically, however, the urban inconsistency is partially visible. If you are actually going up to Caserta Vecchia and looking at it from above, you will certainly notice a castrum plant, at least in front of the center, but as soon as you widen your eyes and b: do you see, let's say, a certain spontaneous build-up that the visitor , not from the place and not used to customs, it can irritate. At the palace then, and here, as they say: who likes and who does not. The author did not like, seemed useless, opulent, heavy, full of stucco. Of course he acknowledges that the stairs are beautiful. Not the only one. The great Bruno Zevi of the palace wrote this: cyclopian block, inexorably closed prism, free of shots, provided with four courtyards that the architect would have wanted differently in a moment of transgressiveness, but instead equal. While the park is always according to Zevi: fantastic, full of waterfalls and decorations. a fortress palace with all its cultural implications. Some Caserta say the second only to Versailles, while the mayor asserts in his defensive arrogance that superior to Versailles, and at least the writer Francesco Piccolo, 20 years ago, wrote an amusing essay / story just beginning with this way of thinking of the city: the second only for Versailles.

The value of criticism

Then there is the problem of the hinterland, the triangle of death, to feel the guide. Said think of the triangle of Bermuda but it is not convenient to do irony, no one would advise the visitor to go to Casale di Principe for a ride, even if the dairies are on the way and in Carditello is the real website that makes the effort worth seeing. I do not know, from the former Caserta if I was in the hands of the mayor, I would not take it too much. It is true that the partiality of judgments yields annoying simplifications, unfortunately for the city as readers read the readers and then express them judgments, sometimes humorous. We can improve the text, absolutely, and in the process of improvement that is challenging, it is better to be an open city that discusses criticism, instead of spreading those annoying papers to prove in court that we that is not, but we paint it that way.