Clouds from North to South. Zaia concludes the state of emergency for Verona 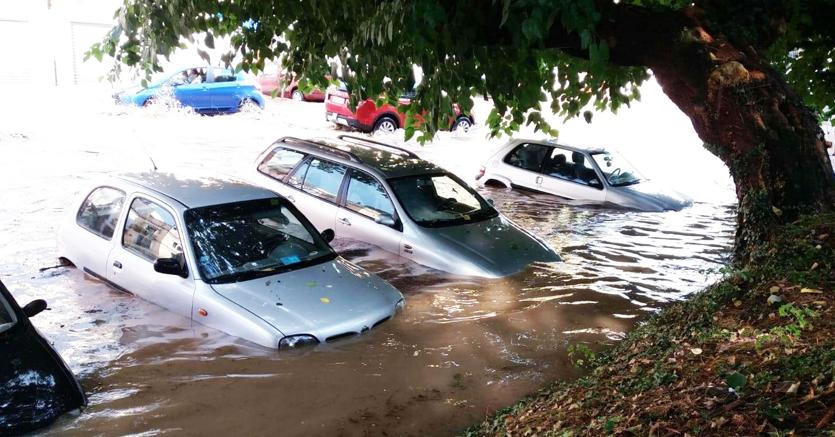 Summer is already over. In the last 24 hours there has been intense rainfall that caused damage to the area
anywhere on the peninsula.

Problems in the Marches for water bombs that hit the coast, as well as in Friuli-Venezia Giulia where the coast is
immediately flooded with fire brigades and civil protection. In the Spezzino a lightning has partially failed
the bell tower of a church, another in Rome hit a control unit that tilted the traffic lights of the Monteverde district.
So much fear and damage to Naples, where some flights arriving in Capodichino have been diverted to other airports.

In Verona the harvest of Amarone is at risk
The emergency continues even today in Verona, after the storm that struck late afternoon and evening
From yesterday. The rain continued to fall heavily during the night and then even in the morning. The toughest situations
they relate to the east and the Valpolicella, two areas with a strong wine call. "It is too early to estimate the damage,
but certainly the great fear, "said the Mayor of Soave, Gaetano Tebaldi, in the hamlet of Costeggiola a dozen
families have found that houses have been invaded by water, which has hit the two meters high. At least that much
families have been affected by flooding. 180 mm of water fell on the way to the fraction of Fitt and some occurred
landslides. Serious problems in Monteforte d & # 39; Alpone, which in 2010, together with Soave, was struck by the flooding and flooding of All Saints
then by two other following floods. Dozens of garages and basements have been invaded by water, many roads are impassable
and landslides have occurred. In just over three hours the level of the Alpone rose almost one and a half meters. the
peak of precipitation recorded in Santa Maria di Negrar, in Valpolicella, where 178 mm of water fell short
more than two hours. The wave of bad weather puts the next harvest of the esteemed Amarone at risk.

For the damage to homes, plants, public works and industrial and productive structures, the president of the region
Veneto Luca Zaia has signed the decree for the crisis this morning in Verona and in the regions of the province of Verona.

The situation region by region
Especially in the Marche region, the areas of Fermano have been affected, with flooding and problems for some flooded underpasses,
and a bomb of water in Jesi and in the Vallesina, in the province of Ancona. The first aid of the Carlo hospital was flooded
Urban, streets and neighborhoods at the foot of the historic center, houses, shops and garages. Heavy rainfall on Friuli Venezia Giulia have
caused flooding in the coastal municipalities, especially in Lignano Sabbiadoro. In Beverino, in the province of La Spezia, around
at three o'clock last night a lightning strike struck and partly the bell tower of the parish church of
San Cipriano. No injuries, even if the fallen debris caused damage to the parked cars.

In Naples the problems were mainly in the area of ​​Capodichino airport: first a whirlwind, which also happened
uncovered a building San Pietro a Patierno, and then forced a strong thunderstorm in the afternoon to divert some
flights arrive. Great fear, but the result of messuna, especially for the workers in the Atitech factory, where it is
carry out aircraft maintenance; the wind blew the sheath of the roof of a building in the
at that moment empty of the plant. Demolished scaffolding, broken doors and a container that has been sent by
folium broke through a fence near the hangar where Atitech tests on aircraft engines. The wind has
even a jetty collapsed by the workers at a plane in maintenance, fortunately without damaging it.
Regional civil protection has issued a new yellow warning today in Campania, between 6 and 18: expected
violent thunderstorms in different parts of the region and strong winds. Flooding and discomfort in Alessandria and in the Turin area due to
of the powerful storms that struck last night.