Cozzi: "The 49 million? If the League changes its name, it limits its attacks » 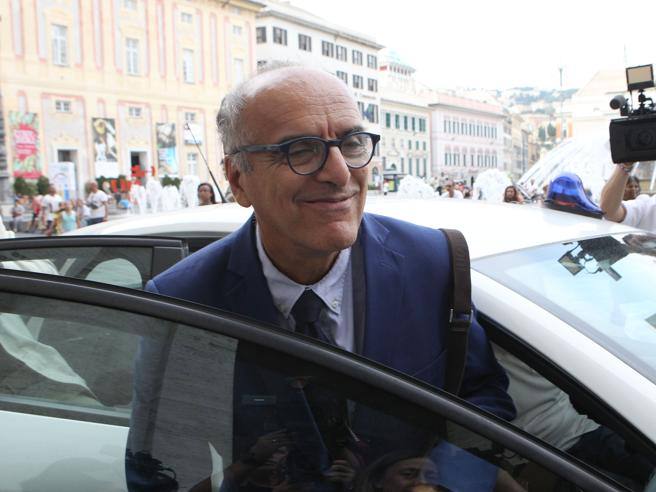 There will be three judges and there will be a regulation. And if that order goes in the direction of grabbing the funds, wherever they are, current and future, the Lega di Matteo Salvini does not get any better. To summarize: next Wednesday, the Court of Cassation of Genoa will be called by the Court of Cassation (to which the Public Prosecutor has applied) to decide on the seizure of 49 million euros in view of the price of fraud on the election fees in the years 2008 -2010 have been committed against the State, when the head of the Carroccio Umberto Bossi was. This is the case for which the same Senatur and former treasurer Francesco Belsito were initially convicted on 24 July 2017. When deciding what to do (the judgment can not be immediate), the magistrates must take into account a principle set by the Supreme Court: you can also take the income after that period, up to the competition of 49 million.

Prosecutor Francesco Cozzi, if the Riesame would fully accept the Supreme Court's line, what will happen?
"We will continue the attacks until amounts are available on the League accounts".

And if the defense stops the order, do you have to wait for the Supreme Court?
"Yes, according to a certain address."

It is therefore not self-evident that, even when you are confronted with a good of the Riesame, you will immediately seize?
"No, far from it, also because jurisprudence is not uniform on this point. And it has the upper hand at the address that has to wait for the decision of the new Supreme Court in the case of preventive seizures aimed at confiscation, that is what we are talking about. We also have to take into account the fact that there is a procedure against that person (that against Bossi and the treasurer Belsito in respect of which the attack was born, ed.) That could lead to acquittal, a punishment that would make the attack fail ".

So the League will not close next week?
"I would say no."

Any attacks will be able to attack the peripheral accounts of the party?
"Yes, if the principle of the Supreme Court is to be upheld, everything related to the League will be seized in. In this respect, there was a recent ruling that attributed the legacy of the Lega Toscana to that of the National League. There were indications for payments from central to regional accounts, but it will have to be evaluated on a case-by-case basis. "

And if a new party is made?
"Faced with a completely new legal entity, we could not do anything about future payments, even if the new-born party is heir to the precedent from an ideological and political point of view, and we must always evaluate the legal continuity to continue and in this case it would to jump ".

Is it not the intention to make a new party a peregrine falcon if we want to save the future heritage?
"Of course, because it is not peregrina to bring something into the treasury that is not money or the direct reallocation of sums of money Let me explain, if you bring four gold bars to the League tomorrow that give rise to a donation of various things I can not grab them, but if you stop money, I can catch them. & # 39;

It is a tool for those who want to finance the League.
«It is the dictation of the Cassation».

Only a small part of the 49 million euros was derived by Bossi and Belsito, the rest could have been spent on celebratory activities. There is no mismatch in the attack?
"This is a problem of merit." The financial statements were considered artificially counterfeited, and the "share" in money that took various political avenues was considered sufficient to undermine the basis of the profit and loss account, if enough or not, but I do not know, the court decided. & # 39;

At what point is the investigation into money laundering of the League linked to 49 million? According to the accusation they would have ended up abroad …
"Go ahead, but I will not say anything else, I only remember that this investigation was born of a complaint and therefore a good deed, not because of a malice of the prosecutor."