Death of David Rossi, searched the home of the Hyena Monteleone

italy October 1, 2018 italy, Nation Comments Off on Death of David Rossi, searched the home of the Hyena Monteleone 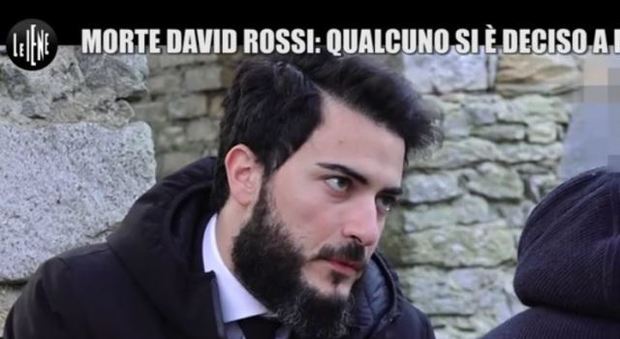 A quest to try to reveal the identity of the young escort hyenas, misrepresented, talked about alleged parties in Siena with magistrates from the Tuscan city and other personalities. This is why the Genoa public prosecutor, who investigates office abuse, sent the post police to buy the files from Antonino's computer Monteleone, the hyena who signed the interview for a service, was broadcast last March, after the death of David Rossi, the former communications director of MPS ran from the window of his office in Rocca Salimbeni, the historic site of the bank of Siena.

The search, with a copy of a part of the contents of the computer of the Hyena, was carried out today in the house of Monteleone that comments in a video on the website of the broadcast: «I never wanted to reveal the identity of the source who told us about the parties and although I am glad that the Genoa prosecutor continues investigations, I am worried, because in this way the serenity of journalists is undermined in keeping their sources secret. "The investigation into Genoa was actually a new episode of the Hyena & # 39; s, in October 2017, when the statements of the former mayor of Siena, Pier Luigi Piccini, talked about the alleged parties and the alleged involvement of senesi magistrates and of other personalities.

The parquet of Siena sent the recording of the episode to the Ligurian colleagues: "According to the interview this was the position of the then attorney of the Tuscan city – David Rossi's investigation into death would not have gone any further. to prevent the scandal against magistrates or other national figures who would take part in the festivities A new legal action followed the broadcast of the escort interview For the public prosecutors of the city of Palio David Rossi was suicide. Two investigations were carried out: the first, by suicide, ended in 2014 with an archiving, the second, opened after the petitions presented by the Rossi family, closed in July 2017, always with an archiving.The past few days has Rossi's brother, Ranieri, interviewed by a local TV, unveiled the content of a new component recommendation that could lead to a new request to open the investigation. "My brother did not have a watch around his wrist s when he fell from Rocca Salimbeni, "he said. And this confirms that someone later threw the watch out of the window while my brother died on the ground. & # 39; Last update: 19:36 hours © RESERVED REPRODUCTION